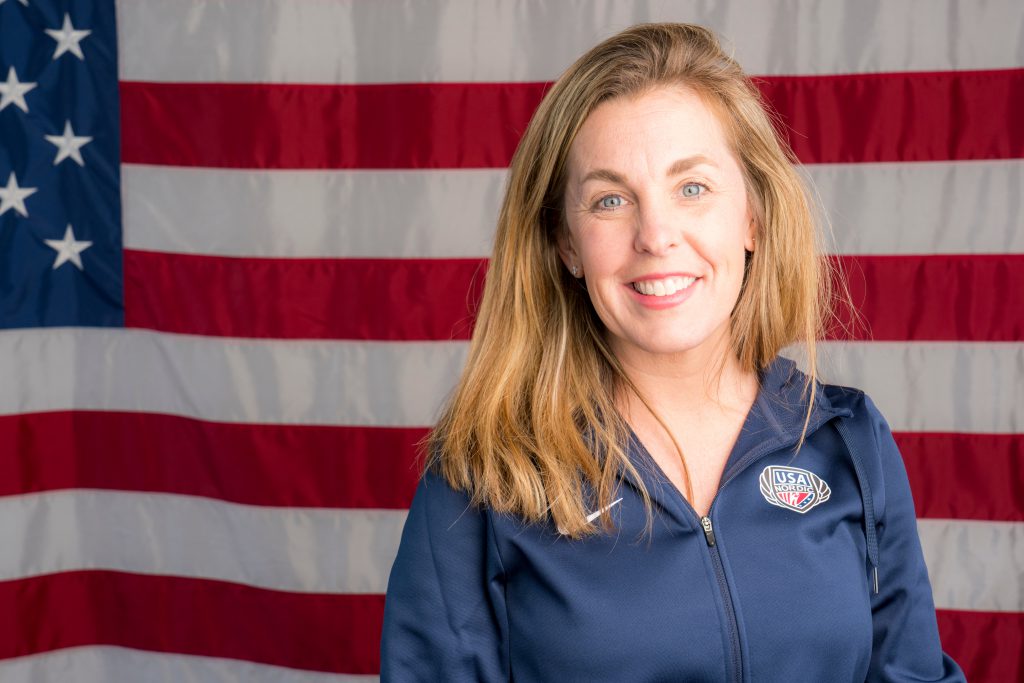 USA Nordic Sport identified an opportunity to bring Anderson on board, after her involvement as a parent of two jumpers at the Park City Nordic Ski Club increased. Her extensive skills in organization and fundraising were evident in a variety of volunteer roles. In addition to serving as Co-President of the PTO at Jeremy Ranch Elementary School, she is a board member of JW Cotillion, and a member of the National Charity League, as well as a full time mother of two.
“Initially, a lack of understanding my daughter’s sport made me become more involved at a club level” Anderson said. “It just snowballed into volunteering my time on a larger scale.”
Anderson began volunteering in different roles at events. Her jobs included hill marking, hill preparation, equipment control, and as a starter at the top of the jump during competitions. After a year on the fundraising committee, Anderson began to take on more roles in the organization. Most recently, her part in the Dream 2018 fundraiser held in July identified a need that could be filled and Anderson’s position became permanent.
Anderson currently lives in Park City, UT with her husband Erik and their two children Sofie (12) and Reid (9).