USA Nordic Story Project January 1, 2013
STORY No. 80
JEFF HASTINGS
Age 53
Ford Sayre Ski Club
Hanover, NH
I was leaving the 1997 Nordic World Championships in Trondheim, Norway where I had been part of the media team.  The airport was a madhouse and the plane, likewise, full up but for the aisle seat next to mine.  I prayed for the doors to close so I could shift over, but we waited and waited and I knew how it was going to end and sure enough down the aisle came a guy and there’s only one place he could be headed.  It took a while for him to get to me as he seemed to know half the people on the plane and acknowledged each with the broad smile and gracious nod of a mayor on Main St.   As he closed in I realized it was Armin Kogler, probably the best ski jumper in the world in the early 80’s.  I competed against him often but only got to know him in the way a water-boy gets to know the star quarterback, which is to say not intimately.  Mostly I had been in awe of him.  An awe, I realized, that did not entirely evaporate as he took his seat next to mine.
I am not a natural extrovert and by ’97 my hair had already started to go white.  The transformation was startling enough that I often had to reintroduce myself to people I’d met just months before, so I knew I had that cover if I wanted it.  But for whatever reason as he settled in next to me I bit the bullet, said hi, and gave him my hand and name.
And so began the conversation.  We talked non-stop through take-off, flight and landing.  We talked about jumping old and jumping new; we talked about our respective young careers and families, and the challenges of each.  It was like a dam breaking as we poured forth with stories or perspective that the other immediately absorbed, understood, and appreciated.  Each new topic elicited the next, and then the next, and then another.  By the time we shook hands and parted for separate connecting flights in Oslo I had shared things with Armin that I hadn’t shared with anyone else.  Things that only a ski jumper might hear in proper context.
And that’s what strikes me about ski jumping… how it reaches beyond time, ability, or income bracket;  beyond age or native tongue, even.  There is a connection that comes from having met the air with only long boards and a free heel that transcends everything else.  That connects us.  It is a gift to me to know there are others out there and that our paths will cross at some point, and that when they do we will speak and celebrate the same language again.
###
(Final) Editor’s note-
First of all- thank you to everyone who contributed a story.  (As I found out) it is daunting task to start with an empty canvas and know that you’re going to share the finished product with the community.  I really appreciate that people took the time and risk.
What started as a vague experiment- to share 61 stories over 2 months and raise some money- grew and coalesced into something that has served to re-awaken dormant histories, memories, and relationships; relationships with fellow skiers and, importantly, personal relationships with the sport.  We are a small and passionate group of modest financial means, but this is not about the money and never will be.  This is about coming together and finding and using our respective abilities to foster a sport that can be moved in many ways.  We need the all of us.  If you have time, energy, or expertise- we can use it.  If you have old equipment kicking around in the cellar- we can use it.  If you have a love of the sport- we can use it.  Connect with me (jhastings@procutusa.com) or our wonderful director of development, Signe Jordet (signe@usaskijumping.org) and we’ll figure something out.
And so the USASJ Story Project ends… for this year.  Save your stories and be ready when we do it again next year.
Best,
Jeff
PS- It was my intention (and I believe practice) to publish every story sent my way.  But holiday seasons can be distracting.  If I inadvertently missed your story please let me know and I’ll try to make amends.

PPS- in case you think all the good material has been spent, see the picture below that came from Charlie Supercynski, of Copper Peak/Ironwood, MI.  We’ll share the rest of the story next year. 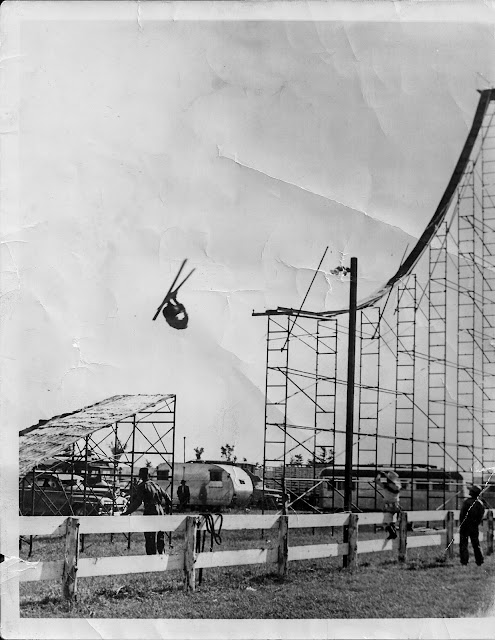