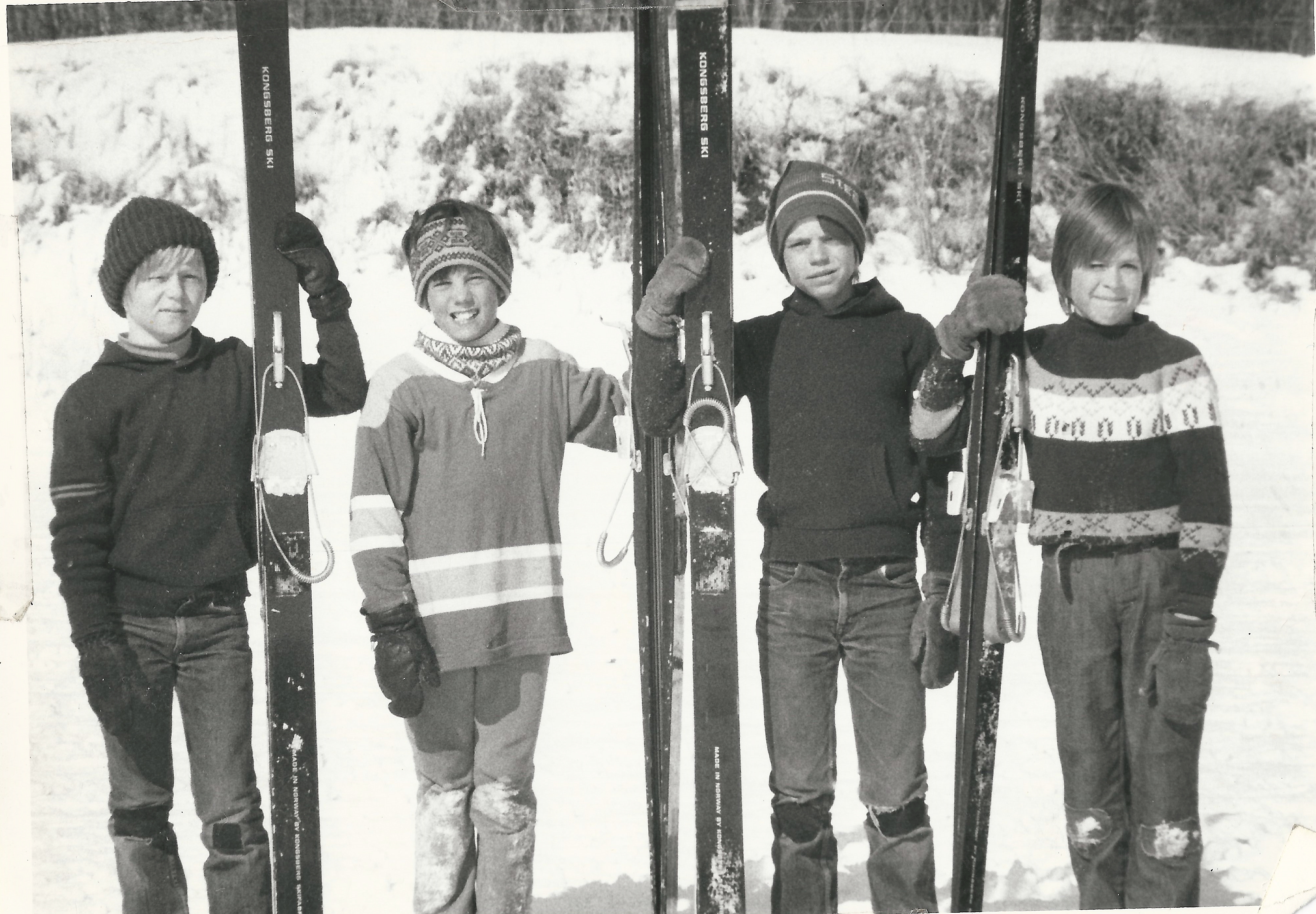 1971 Minneapolis Ski Club, from left to right, David Zarling, Alan Lindskoog, Dan Zarling, Eric Carrie
DAVID ZARLING
Age 51
Minneapolis Ski Club
Minneapolis, MN
David.Zarling@microsoft.com
We starting Nordic jumping by mistake in 1971, hoping to attend a meeting for “hot dog” alpine jumpers at the Bingo Hall where the Minneapolis Ski Club met every month.  Instead we met Jay Martin, and watched a film of his skiing in the 1968 Olympics, and left with new wooden skis and boots.  We loved the skiing community and were fortunate to be coached by Jack Pauly, Selmer Swanson, and Jay and Jerry Martin.  Nordic ski jumping as a high school sport in Minnesota had ended just before we came of age, but my brother Dan and I became Nordic Combined athletes and attended the Junior Nationals in Steamboat and Winter Park in 1979 and 1980.   In one of those tournaments, I managed to forget to attached my cable binding and re-discovered the face plant (see below).    After leaving the sport for two and have decades, I am enjoying coaching again in Minneapolis and skiing the Central Region’s Master’s program.  Last year at the age of 50, I completed a “bucket list” goal I’ve had since the age of 14, and finally skied the 110 meter hill in Westby, WI.  All the best. 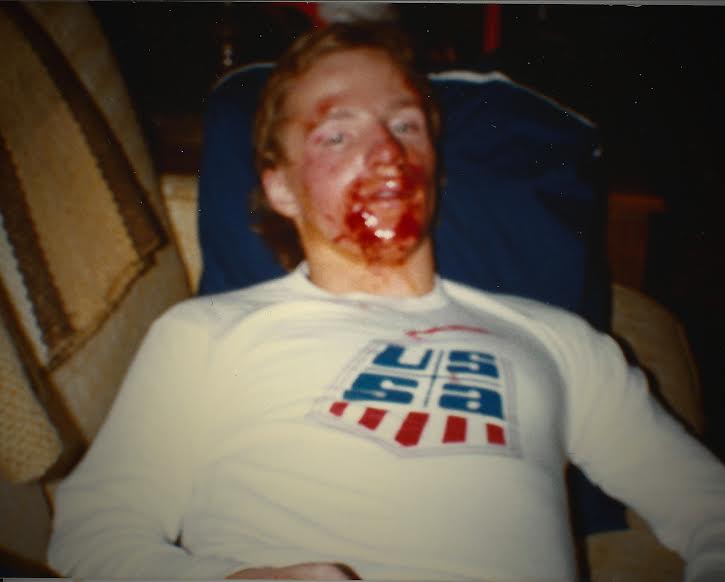 Why you check your bindings before kicking out/dropping in.