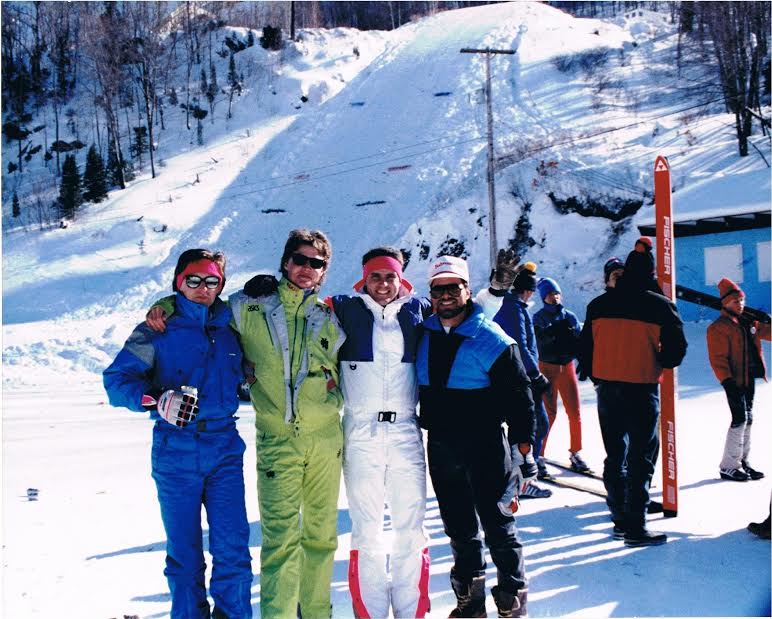 This is just one of many Ishpeming stories accumulated over the years. The Norge ski jumpers always looked forward to the infamous “Suicide Hill” tournament every year and the memories that would be created.  This particular trip we had some juniors with us, Scott Smith and Eric Schumacher. Eric’s father Bob loved to tinker with his son on new techniques and equipment.
Example: One time he screwed door pulls in front of the toe plates so young Eric could grab them and propel himself forward at the takeoff!
Back to the story.  We were taking our training jumps in the morning before the competition and I was next to go. Eric was right behind me putting his skis on. As I got the flag and kicked out, I heard a lot of yelling and swearing behind me while I went down the inrun. I got to the end of the outrun and looked back up in time to see Eric throwing his skis off the top of the tower! Yep, he just heaved them right over the side. Turns out ole’ Bob had done some welding on his bindings and one broke when he snapped the front throw down. The worst part for Eric, it was a big snow year and he had to trudge through waist high snow to retrieve his skis and then get the bindings repaired in time for the comp. I don’t remember, but it wouldn’t surprise me if had won junior class that day!