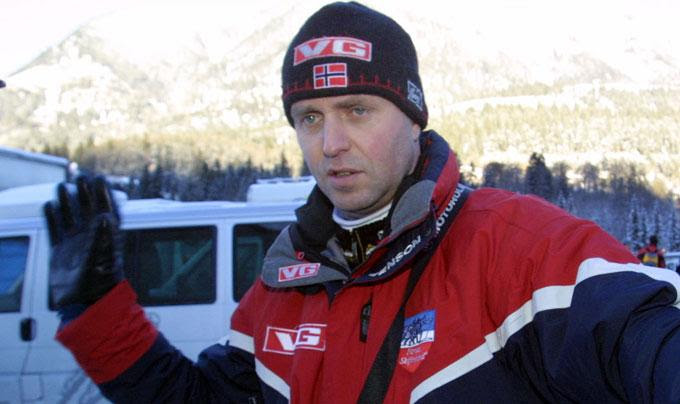 Norwegian Hroar Stjernen gave a lesson in ski jumping etiquette in 1982.  He went on to coach the Norwegian National Team and is now managing director of Rosenborg SK, the professional soccer team in Trondheim.JEFF HASTINGSAge 54Ford Sayre Ski ClubHanover, NHjhastings@procutusa.comSapporo, Japan is an interesting place to jump.  A city of 2MM with vast underground malls.  The winds are especially finicky there shifting from hard tail to hard head in the blink of an eye.  It is widely believed that ’72 Olympic large hill gold medalist Wojciech Fortuna (POL) was by no means the most talented jumper that day, just the most fortunate. In 1982 World Cup event on the normal hill I found myself about to slide out onto the bar when the jumper behind me, a Norwegian named Hroar Stjernen, told me to “fix your binding.”  I was pretty sure my bindings were fine, but I stopped and reached down check my front throws and cables and, finding both in place, looked back to him to see what he was talking about.  “Stay down,” he said.  “Make some adjustments.  I’ll let you know when the air comes around again.”  I looked down the in-run to see, sure enough, the huge airplane anemometer was showing a howling tail wind.  If I’d slid out onto the bar I’d have had a 30 second window in which to jump- likely into a vacuum.  But Hroar had saved me.  It was both amazing and not at all surprising.  For that is what ski jumping is all about. Eventually the wind shifted- “you’re OK now,” Hroar told me.  I patted my bindings like everything had just been re-set and slid out and took my jump.   And made sure of two things- first, that I thanked Hroar, and second, that I looked out for the guy in front of me for the rest of my career.