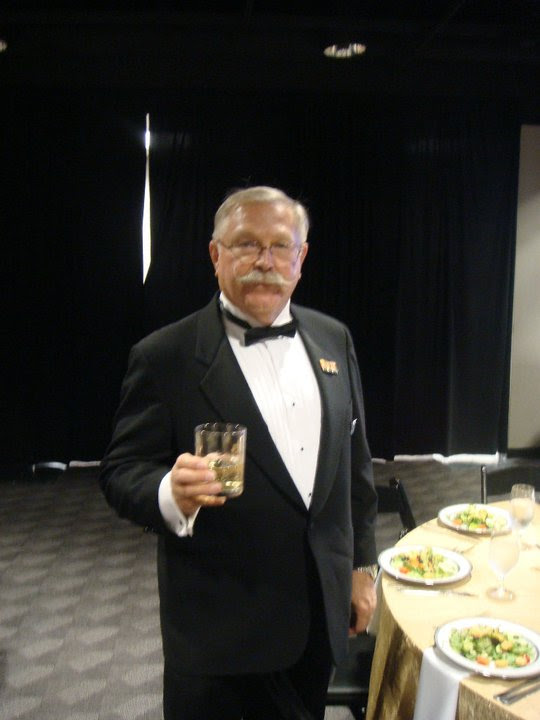 Dressed for success.BOB AVERILLAge  70Retired USSA Jumping judge and Technical DelegateSSWSC, Kandahar Ski Club , Grand County Racing Clubhotel6@aol.com Air Force Cadets at Winter Park In 1959 the Air Force Academy was just getting involved with competitive skiing at the college level. All of the cadets on their ski team were new to ski jumping and they lacked a coach with a jumping background. Never the less, their enthusiasm for the sport was a hoot to watch. They had some strange behaviors as a result of their Plebe status and lack of knowledge I recall this Air Force Captain in uniform sandwiched between Bob Beattie and Willy Schefﬂer in the judges tower. I’m sure he was learning what the sport was all about! Willy and Bob, I am sure, were trying to put some common sense into this Captain’s head. While “normal” ski jumpers would just give a shout out to their coach indicating they were ready to jump the Air Force had a twist. It went like this. The cadet would stand at attention, turn smartly to face the judges tower and shout out “ Cadet Smith requests permission to ﬂy the 50 hill, Sir” The Captain in the tower would reply if it was clear “Cadet Smith, permission is granted to ﬂy the 50” . I always remember the grins on the faces of those in the tower not associated with the Air Force. Of course, those of us waiting for our turn to jump carried on in a fashion that created humor among those not at the Academy. I think the following year they got away from that drill. 1960 brought new adventures for the Academy. Snow was sleight in Nov so the colleges and high schools on the east slope of Colorado had a lot of work to do to get the 50 in shape. Ansten Samuelston pretty much lead the charge to put a new table of straw bales on top of the old takeoff. This resulted in the takeoff being pulled back about 5 or 6 feet and a better transition in the R1. I think we added a lot of straw in the R2 to give it a ﬂatter curve. After several weekends of work and hauling lots of snow we were ready to go the next weekend. Final hill prep was completed and a draw was made to see who would set the track. An Air Force Academy cadet won the honor. The new end run modiﬁcation was half the width of the old table below it and was probably 3 bales high at the take off. It possibly made the track setter a bit nervous. Given the all clear, the Cadet started down the end run with a good line (I was next to go, so had a good view). As he entered the R1 he became wobbly and caught an edge resulting in a nosedive on his part. This resulted in about 10 foot of the end run being wiped out and the cadet and his newly found straw bale buddies were in a pile on theBy the time all of us got our skis off and walked down to the knoll, we had heard an ear full form Sam as well as the other coaches in the stand. The Air Force was requested to leave the jump ( I cleaned that up). We spent the rest of the day repairing the take-off. Jumping commenced the next day without the Air Force. I suppose the Air Force got back into good graces with the other colleges after a few weeks. I was still in High School so didn’t track with their challenges.