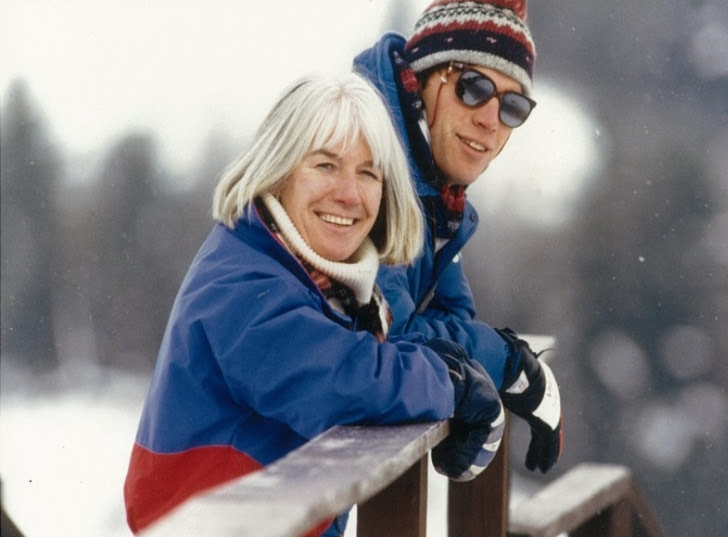 Georgia and son Jeff Volmrich in Lake Placid in the 80’s.  Remember Vuarnets?GEORGIA JONESLake Placid Ski ClubLake Placid, NYgeorgia11@roadrunner.com I’ve never been off a ski jump but I have seen thousands of jumps.  I’ve seen them as a spectator, from the coach’s platform, the judge’s tower, as a marker, at the start and the takeoff, on video, and at awards banquets.  All of them are part of the collective memories that I have of a very special part of my life.  As with so many things in our experience there was no inkling of the immense pleasure or the occasional heartbreak that my involvement in ski jumping was to be.  It started when son, Jeff Volmrich, at the age of 10 decided to try ski jumping.  It fit as he had always found ways to launch himself off hay bales and bumps while alpine skiing.  That was the beginning of rock picking, ice crushing, foot packing, stair climbing, equipment gathering, fund raising.  There were 5:30 AM waits in the high school parking lot waiting for the ride to arrive for the trip to Bear Mountain, Gilford, Gunstock or wherever.  It was also a time of late night worry wondering if the trip home would make it because of a storm somewhere. Those were the days on the 20m, the 40m and on to the larger hills.  People used to ask me if I was afraid to watch Jeff jumping but it never occurred to me.  Oh, there were moments when I gasped but not too many.  Chuck Berghorn, Franny Kane, and Matt Bimonte, had prepared the hill under the watchful eyes of Sig Evenson and Ed Brisson.  The coaches, Rex Bell, Larry Stone, Erling, or someone equally well qualified  had given the go ahead,  the starter let the wand go and it was all downhill.  Jay Rand brought it all together: always watching, moving up or down the hill and generally making sure it all ran smoothly.  Of course, Earl Murphy had calibrated the wind direction, velocity and who knows what else.  What, me worry? As the years went by and Jeff moved up the ladder through the eastern ski jumping program to the development team and on to the US team I became even more involved in the sport.  Those trips to Brattleboro to the Eastern Ski Jump Committee meetings were really something.  Packed in a very small car with Jay, Don West, Joe Lamb, and some others, I listened to ski Jump stories about almost any meet or hill in the world.  More than I really ever wanted to hear but it made the one day round trip go by with some entertainment.  I was fortunate to be way too old to ski jump and too young to have been part of the sport forever but it sure was fun.  The people and the jumpers are ultimately what it’s all about so hanging out with Earl, Vern and Winnie, Sig and Birgit, Al Merrill, a host of Dennys, Hastings and Hollands, Farnhams, and so many other officials and parents was a wonderful experience.  What made it all worth the effort of course were the boys, young men, and the masters for whom all the effort was made.  As I read the stories that the jumpers have posted I too have many good memories.  I said there were a few heartbreaks and one was the day I was in the judge’s tower watching the distances and style points coming up and my heart sank.  The room got very quiet and no one looked at me.  It was the day for final selection for the Calgary Olympics and Jeff’s good friend, Chris Hastings had just edged him out of a place by about 1/10 of a point.  Not the best day.  Jeff took it better than I.  So far everyone who has contributed to this hasn’t dwelt much on a specific competition, trip or score but on the friendships and bonds that have enriched their lives long after the days on the hills are over.  My recollections are about the same.  I even got to watch Art Devlin jump on crushed ice at a July 4th meet.  Having the whole Norwegian ski here for dinner, waking up to find Ed Person sleeping on my back porch, Landis on a day bed upstairs, or Chris Hastings in a heap of blankets on Jeff’s bedroom floor, or registering jumpers for meets who had forgotten their USSA membership cards, Jay and I running around town at midnight trying to find hangers for the Japanese FIS judges who were staying at a rundown hotel in town.  Now seeing Kris Severson and Matt Terwilliger in Park City, sitting with Chris and his wife at Molly Stone’s wedding this fall, with Bobby Sachs this summer in Lake Placid, hearing the stories of the midnight rides on shovels at the bob run. These and so much more are just small pieces of the pleasures of my time as a part of the ski jumping community and what a time it was.  In a few days I head to Park City and hope to see one of Jeff’s daughters fly at the Olympic Sports Park.  Full circle. Thanks. 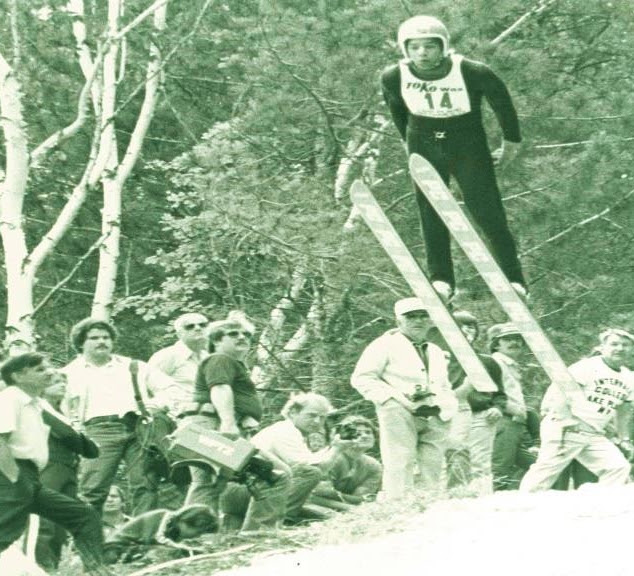 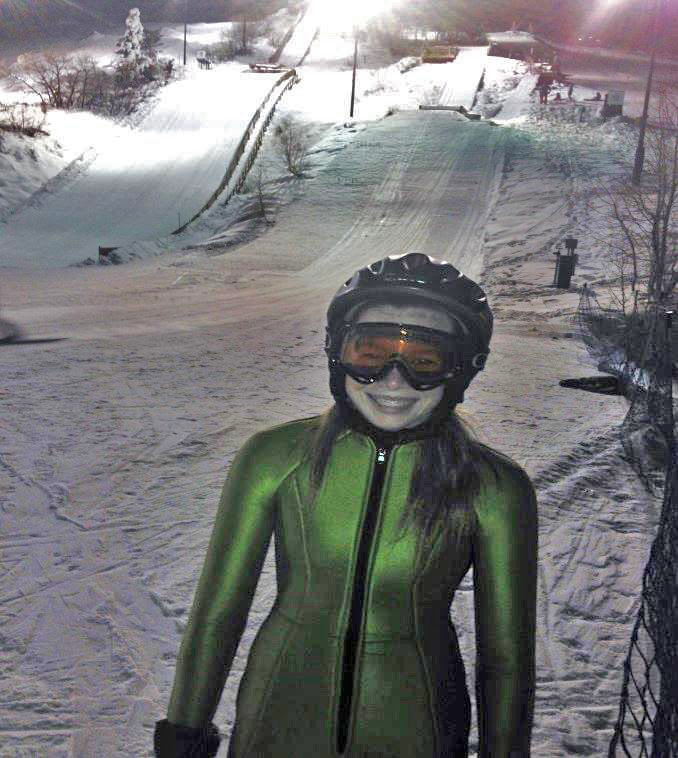