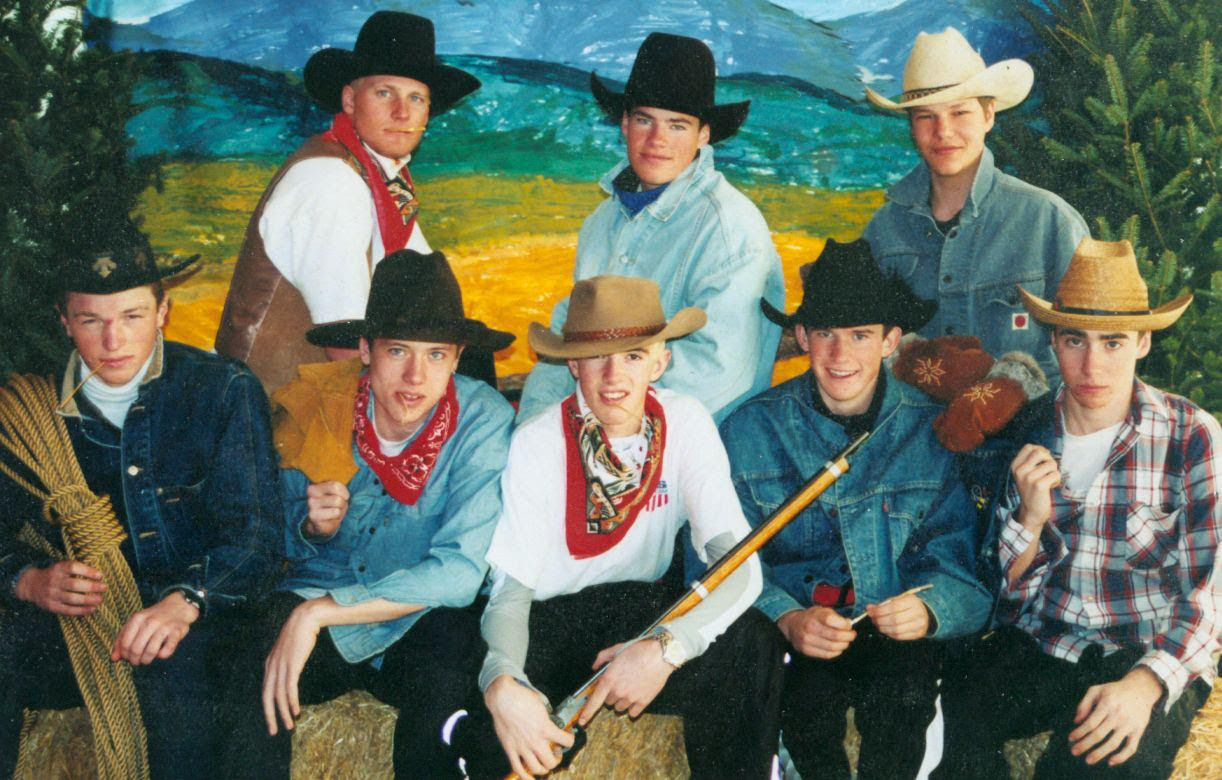 GEOFF HOWEAge 31Gunstock Nordic AssociationGilford, NHhowerdser@yahoo.comI grew up in NH jumping the great hills at Gunstock, and had moved to Lake Placid to go to National Sports Academy (NSA), affectionately known as the “No School Academy” for us ski jumpers.  With only 4 of us ski jumpers/ NC skiers in the whole school it only took a sideways glance between us to know that one of us would make a call to the teachers explaining that there was simply NO WAY we could make it to class that day; there was training we just COULDN’T miss.  Playing hooky we would jump into the Decker’s Explorer and b-line it to the GFU to pick up a supply of candy and soda and head to the ski jumps! The friends I made during this time have stayed with me, and are still my closest of friends. They are my family, US ski jumping is one big family!At one point this picture represented the future of USA Nordic Combined, or so we thought! It was the spring of 2000 and there was a very heated competition going on in the USA NC world. The next development team was to be named based on how we did during the World Cup “B” tour that was traveling North America.The picture was taken at the event in Calgary at the end of the tour. For me wasn’t just the end of the tour that took me from Lake Placid to Steamboat and then to Calgary, it was the start of a very exciting adventure. The next devo team was named and I was lucky enough to be on the list. It was a dream come true!  Getting named to the team I promptly dropped out of high school and drove West;  I figured that I was going too much anyway! This was a choice that caused me lots of grief for a long time but one that I would do again in a heartbeat!  Ski jumping allowed me to travel the world and meet so many amazing people, I wouldn’t change anything! To all you mothers out there appalled at the thought of their kid dropping out of high school to go ski jumping, don’t worry, it all works out in the end!  After some of the most amazing years of my life I finished school and am currently a nuclear engineer with a great job….let your kids follow the dream! Reading these jumping stories has reminded me of how amazing this sport is, and how much in common we all share! 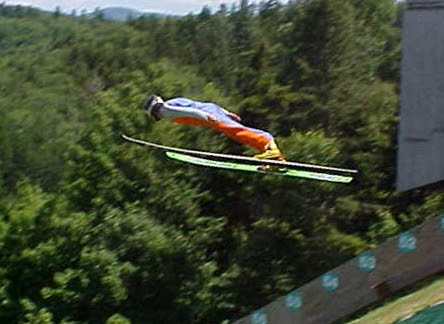