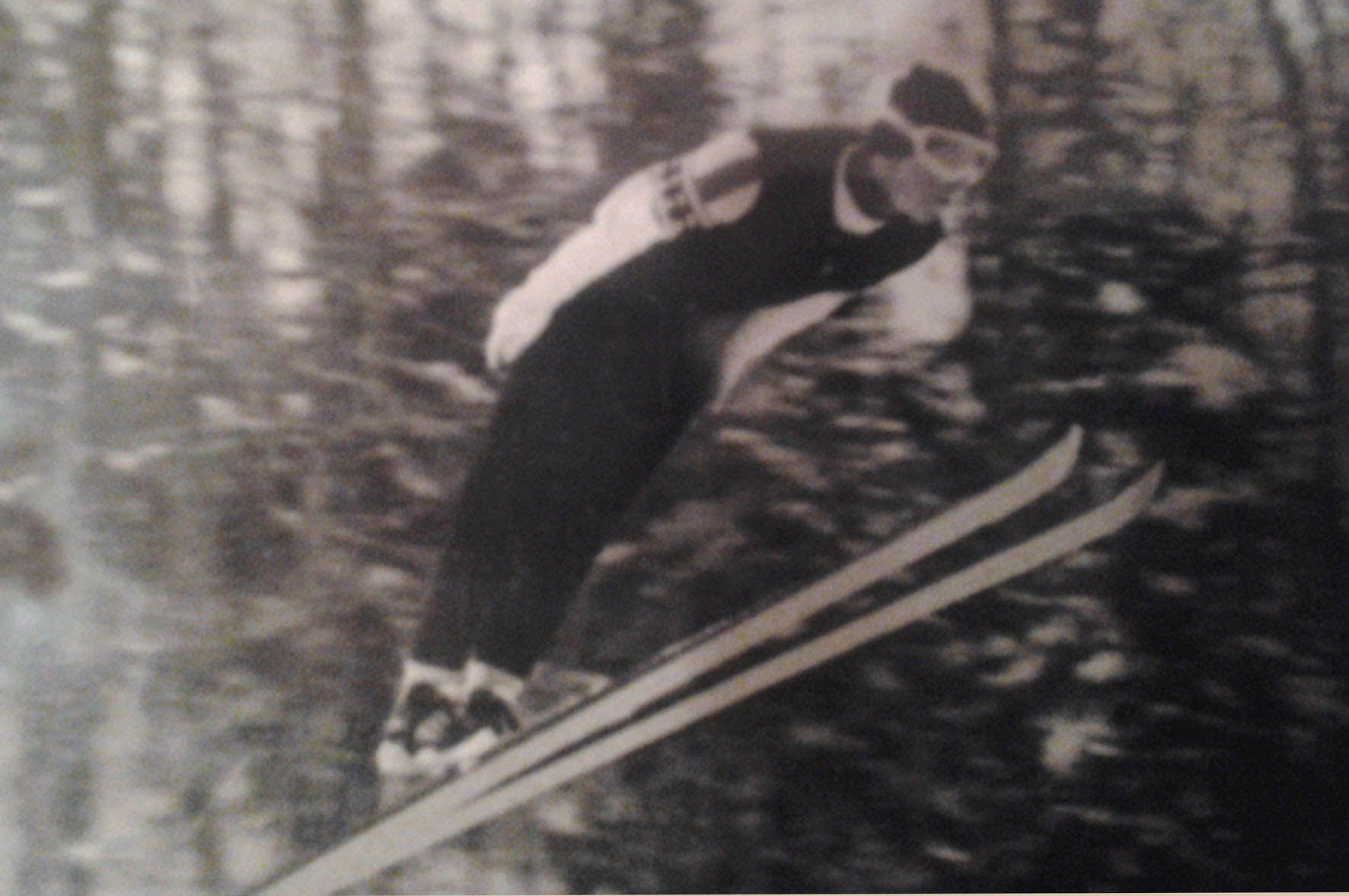 Joe Lamb forejumping the 1972 FISU Games in Lake Placid.  Already an Olympian (Sapporo ’72 at age 16) he was too young to compete in the FISU tournament!JOE LAMBAge 59Lake Placid Ski ClubLake Placid, NY God, what an awful task!  I have started to write something at least 10 times in the past year and have had to delete each story one after the other.  Each time I tried to write about just one story or experience it quickly became evident that the story line would become too complicated and if you were not there in person, then the feeling of that moment is far too difficult for me to explain or write about. Ski Jumping/Nordic Combined was a huge part of my life for 50 years.  I started skiing at age 2 and joined John Viscome’s Lake Placid Junior Jumping program at age 5.  Growing up on Hillcrest Ave. next to the village park in Lake Placid provided role models that included Olympians Jim Page, Jim Shea, and of course Jay Rand for us to look up to.  Junior jump practice was held each Monday, Wednesday, and Friday night behind the local High School, with a range of ages from 6 to 18 on either the 15m or 30m hill.  It was usual to see a small group each of these nights skiing up along the roads edge from the village park on Hillcrest to the junior jumping hills behind the high school (site of current 1980 arena).  Snow removal equipment was not as prevalent in the ‘60s as it is today thereby allowing for large snow banks so we could ski our way to the jumps and back home after practice.  An important ingredient to the success of the program was that the older J1, J2 jumpers always showed interest and support of the younger J3 and J4. Our neighborhood was scattered with snow bumps of 15’ to 60’ foot jumps in size.  Of course the largest ones were always located in Jay’s back yard.  A small group of 4-8 kid’s age’s 7 -11 hung out daily after school, jumping from one snow bump location to the other.  In total, I can remember having 6 or 7 sites throughout the neighborhood.   A period of time was spent each day making the jumps bigger and preparing/marking the hill.  Jay taught us to build the snow bumps that always provided enough takeoff speed, 2/3 inrun  and 1/3 landing, that way we would jump to the flat (”the pit”) and throw in a telemark.  It was from this foundation of hill preparation, design, grooming and marking that lead to my officiating career later in life. I can not adequately express my gratitude to John Viscome, Bud & Alice Colby and all the parents that arranged for us to be scuttled off 4 to 5 weekends each year on the yellow high school bus to sites like Bear Mountain (biggest trophies), Brattleboro, Beacon and Salisbury.  I can still picture the scene of 20 plus kids dressed in matching red ski jackets, red knit ski hats and red “V” neck sweaters with blue/white trim gathered together loading/unloading the bus.  By the time we were J2’s we started competing at Rumford, Middlebury, Berlin and into Canada to Ottawa (Kim Fripp, Pat Morris, Horst Bulau, Jean Sequin), Three- Rivers (Jacques Charland), and Quebec City.  It was a great time period to have participated within the sport. I was also very lucky to grow up under the watchful eyes of many Nordic skiing icons that have impacted my lifelong involvement in skiing.  First, I must start with my father: he had me calculating the Nordic combined tables by age 6 and provided me the opportunity to follow my dream.  In addition, here are a few names I recall that made a difference in my life and owe a debt of gratitude towards. To C. Allison Merrill you could never asked for a more supportive role model and mentor.  To Art Tokle, who lit the fire within me to be a ski jumper and to Bernie Dion, for teaching me to actually jump hard at the takeoff.  To Ed Brission, a huge thanks for being a friend, my favorite coach and above all, for all you did in preparing so many hills, on so many days, for so many of us. To Perry Crosby Smith, whom I respect for the knowledge and passion he has given to the sport of ski jumping.  To Steve Gaskill who ignited the dream of Nordic Combined skiing in America.  To Chip (leaping Llyod) Lacasse for accepting something less then what he paid for and for his role in USSA today.  To George Martin for giving me my first 17 point style note in a competition.  To Ken Tolkle and family for providing me a wax room and their calming company in Brattleboro in 1972. To J. Chris Beattie, my training partner in the formative years. To Larry Stone, for having more years invested than I have in this sport.  I thank Jim Page for providing me with my initial opportunity to become involved with the USST in 1981.  Finally, to all my friends that I have shared an experience within the sports of Ski Jumping/Nordic Combined, I am sure you know who you are, Thank you. . I have been fortunate enough to attend 7 Winter Olympic Games in my life, each one in a different role and an entirely different experience.  I am proud that since 2010 as a passionate American Nordic skier I can state proudly that I have heard our national anthem at the OWG.  I just hope that next time I hear it, I won’t have as long to wait (86 years) as I won’t be around.  Go team USA in Sochi 2014.Editor’s Note- Lamb was inducted into the UVM athletic hall of fame in 1996- see profile here. 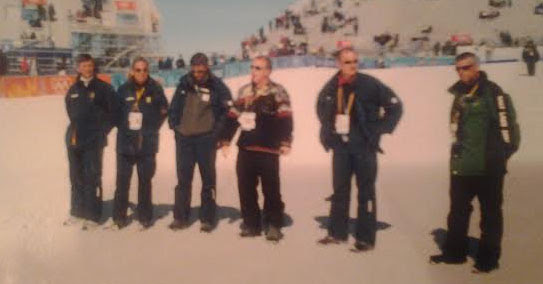