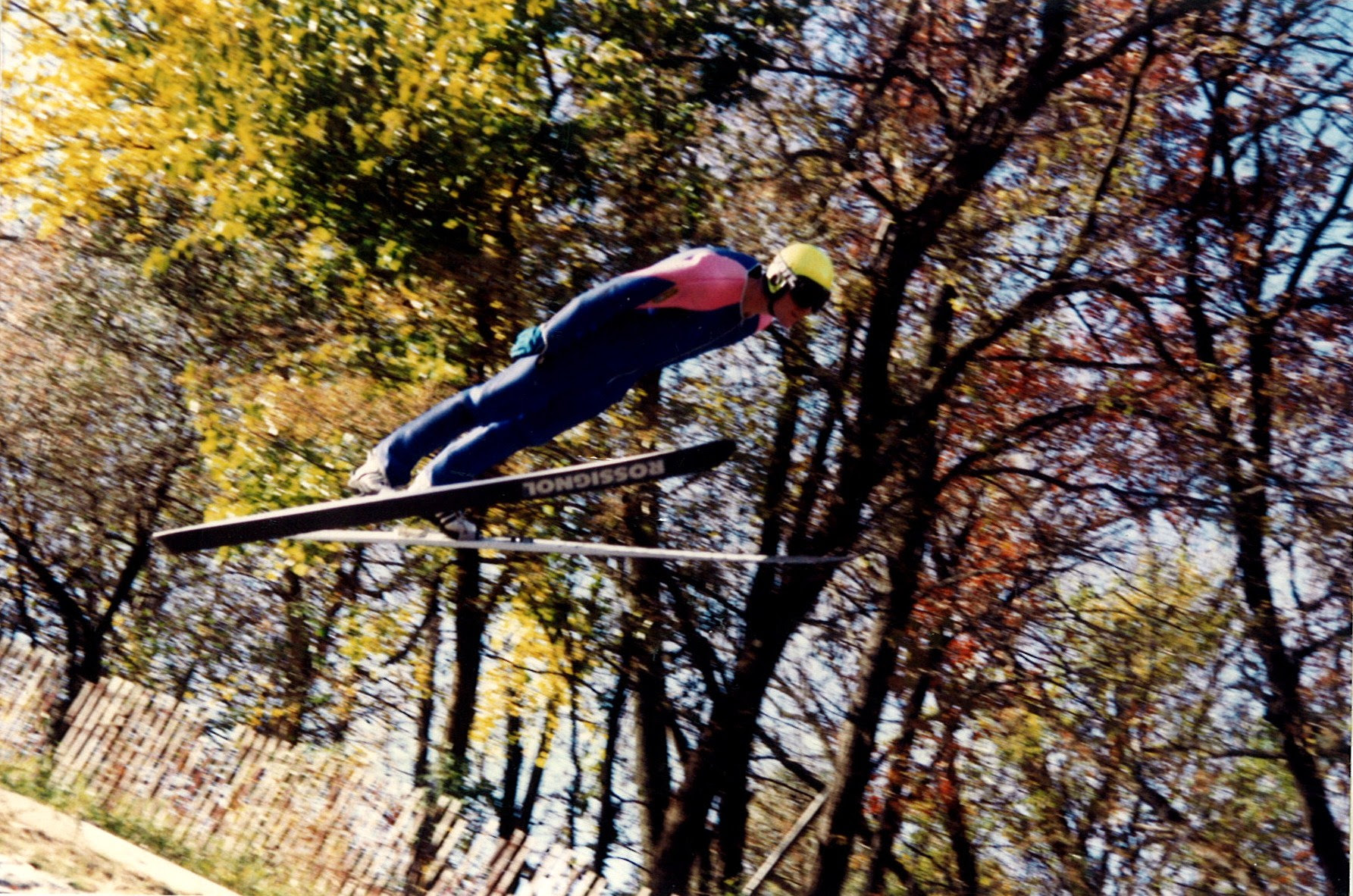 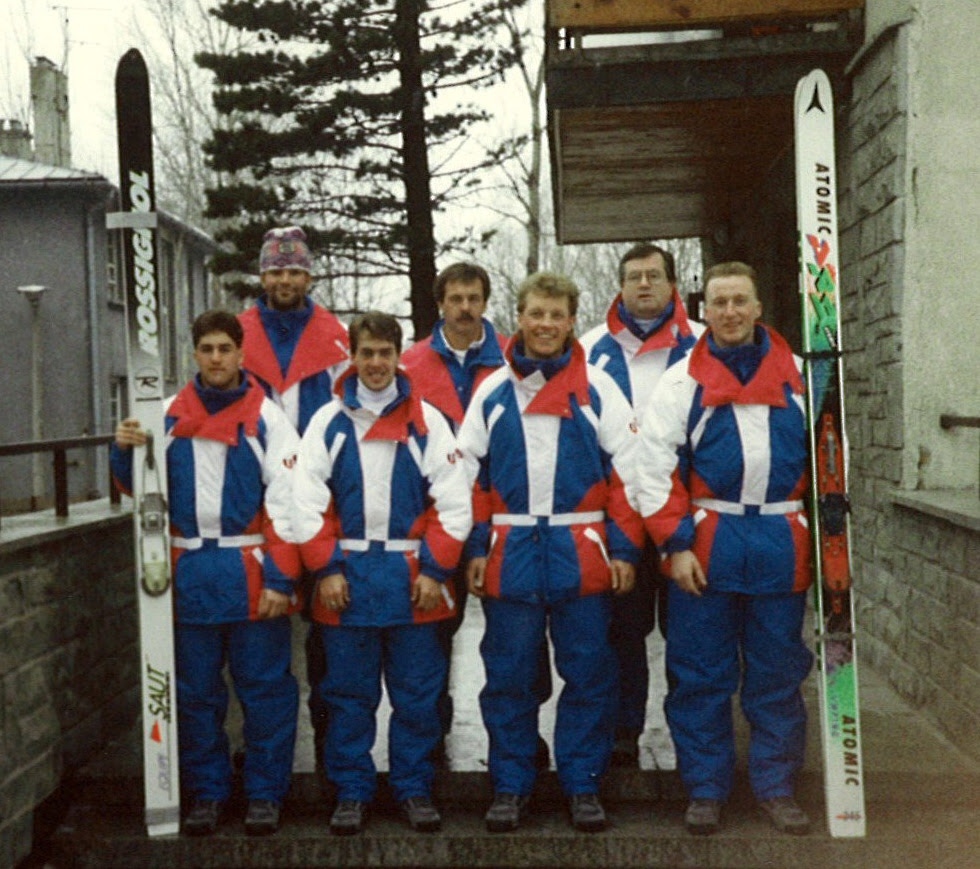 Age 40
Plainville, Ma
Kennett High School, NYSEF, Eastern Elite, USOEC
cssandoz@seacoastsport.com
I had taken the second semester off from my freshman year of college to live in Lake Placid with a bunch of eastern guys and train. In the fall I was at school in Colorado and had been on snow early in Steamboat. On the trip east I detoured north to Coleraine and qualified for the 1993 World University Games. The season had started well and the holidays were over and it was time to get some serious training in. It was the day after the -nnual New Years Competition in Lake Placid and the weather turned unseasonable warm with rain and we lost all the snow on the in runs.  The weather man was predicting the weather to stay this way for the near future. Not a great start to the winter in LP. A small group of us were at the jumps surveying the damage to the snow and waxing our skis. Someone mentioned that they had heard a rumor that Utah was getting good snow and the new jumps in Park City needed jumpers to ski them. In retrospect I bet coach Chris Hastings planted the idea. That was about 2pm… by 5pm Casey Colby, Luke Hajek, Eric Denk, Greg Lewis and I were on our way west via Canada with our coach’s blessing, in Eric Denk’s parents mini van. If I got any of the compatriots wrong my apologies.
We stopped for gas just before the Canadian boarder to top off the gas tank as we were all scrapping the bottom financially like all young and hopeful athletes. This was before GPS or cell phones so using our fingers to measure the distance we would travel in Canada, we figured we may just barely make it on one tank. Three stops later for five dollars of expensive Canadian gas each time, reassuring each other this would be the last time.  We finally started to see signs for the border entering the USA in Detroit. We ran out of gas just before the apex of the bridge and rolled into customs with no gas. The border patrol officer was a little surprised to see us all pile out of the van in the middle of the night to push it to the nearest gas station.
With a full tank of gas we were making progress again.  In the wee hours of the night we were slowed by freezing rain and reduced speeds on the highway.  By mid day we were in the middle of Nebraska and stopped to check in with coach Chris Hastings and parents. Eric’s parents were less than pleased to hear that their mini van was on its way to Utah and not in Lake Placid as they expected. By the time we were in Wyoming we had found the snow we were looking for in the form of a white out blizzard. The only way we could travel was to follow the tail lights of a trailer truck. We finally arrived before dawn in Park City and waited for activities to start at the jumps. Because the jumps were brand new, there was not an established club yet to maintain them. We helped get them in shape for the next day or two including shoveling off the excessive snow to maintain the hill’s profile.  We got about two and a half days of jumping in.

By Monday we were tired of shoveling snow so we gave up on the jumps. We had run into a former jumper and easterner Jeremy Pack who had relocated to Park City. He hooked us up with the worst alpine rental equipment I have ever skied on for the best chest deep powder this eastern boy has ever experienced.

We headed east Tuesday and drove to Kip Kopelke’s parents’ house in Wisconsin. We skied the Norge K66 for the next four days including a competition on Sunday. We returned to Lake Placid  two weeks after our adventure began feeling like we had followed the advice of our coach not only in life to “Carpe Diem” but also to “Carpe Volatus” (seize flight) in our jumps.

Everyone’s stories bring back great memories of my time as a jumper and I hope mine will do the same.