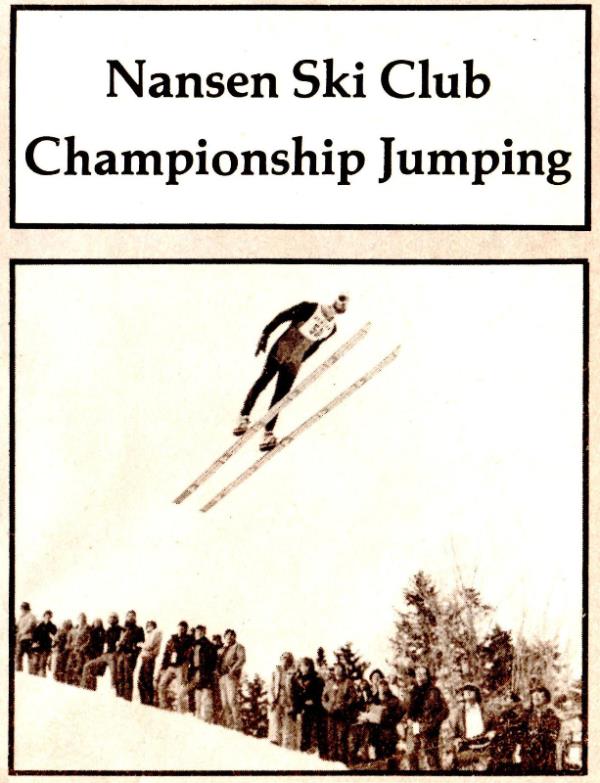 Christian Carlson on the cover of the Nansen Club Championship program (Berlin, NH)

I enjoyed jumping with everyone in New Hampshire high school competitions back in the late seventies. The rivalry between Kennett (North Conway, NH) and Hanover (NH) was always fun! One memory I would like to share was when I was living up in Lake Placid in 80-81 in some old trailer in the trailer park just north of the jumps on the way into town. I was working at what is now called the Best Western in town busing tables at night and ski jumping during the day. To make ends meet I had a sign at the jumps advertising for anyone needing a place to stay. I think I was charging $5.00 a night. I would come home late from work and find guys crashed out all over the floor in sleeping bags. It was a fun way to meet some great jumpers, some I believe went on to the U.S. team. One night after some late training at a nearby watering hole, I and some of the guys staying with me  who decided to borrow the snow shovels from the jump and take some runs over at the nearby bobsled track.  I don’t know what was more of a thrill- ski jumping or a fast ride on a shovel in the pitch black down the bobsled track!