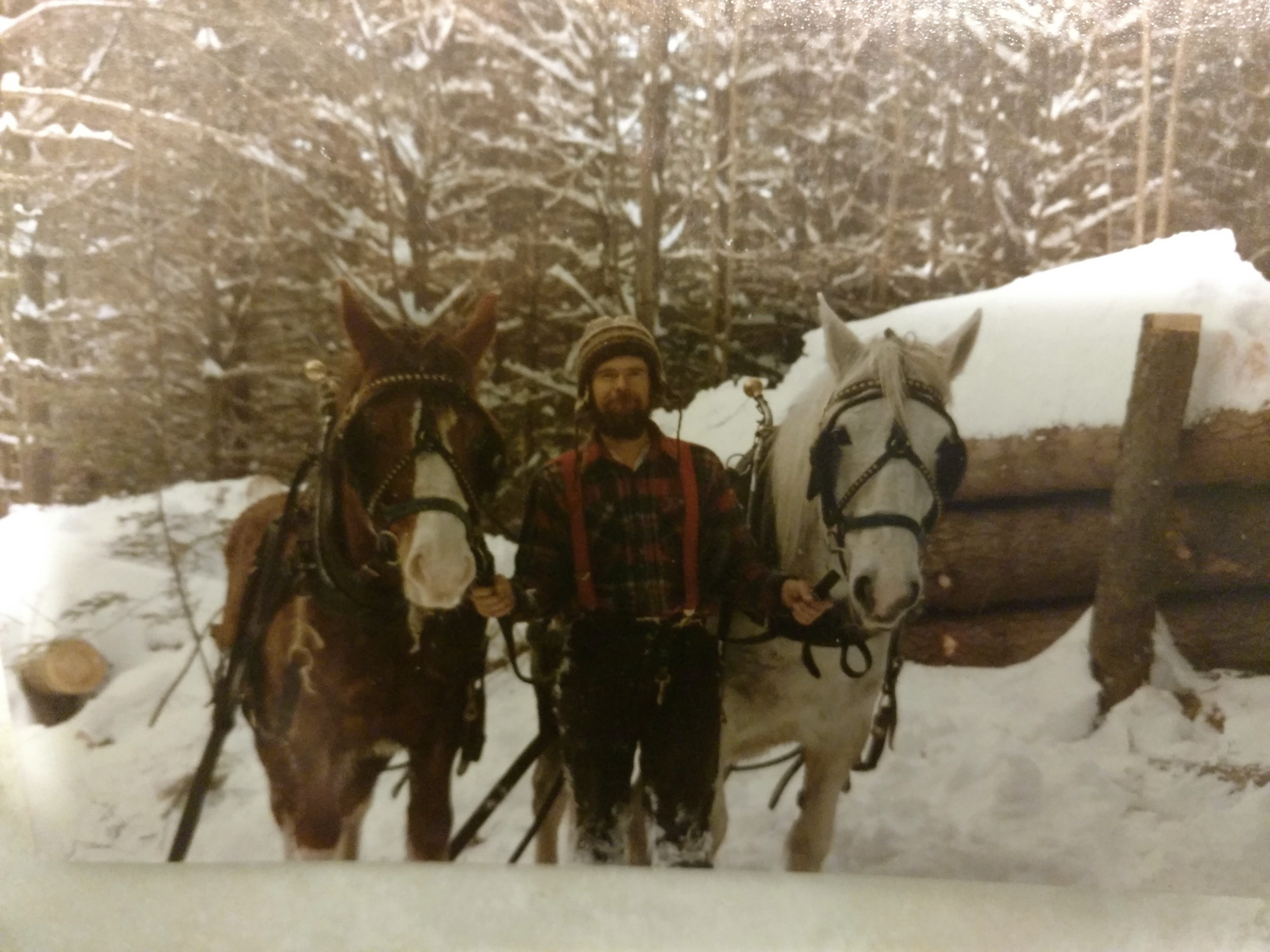 Bert Hinkley with Clyde and Sugar circa 1986.KIDS LEARNING TO LOVE SKIING1986, winter, and the Hinkley family was tucked into a one-room, octagon log cabin with no electricity in Cornish, NH. That winter I worked our 35 acres, logging the family wood lot with Sugar and Clyde, a pair of draft horses. Dani was overseeing nutrition programs in day care centers for the Upper Connecticut Valley region near Hanover, and Erin and Jed were exploring the world around them.  Often, in the late afternoon, as the shadows of the NH woodland stretched long across the snow, I would come down out of the woods and put the horses and tools in the barn early enough so I could stoke the fire in the stove in the cabin before Dani got home with the kids. Erin, age 7, and Jed, age 5 would scramble out of the car as Dani arrived home from work. She would head into the cabin and the kids and I would grab their old second hand ski boots, snow pants, mittens and hats and with skis over their shoulders we would walk in the growing dark to the log landing along the narrow driveway. With snow shovel in hand we would sculpt the snow banks lining the driveway cutting a slot in the uphill side and creating a ramp on the downhill side. Next we would pack out an in-run and do the same on the “landing hill”, a short slope that ended in a wall of young pine trees. Then it was time for night time ski jumping!Both kids would sidestep up the in-run, and when I gave the signal that the hill was clear, one would carefully assume a snow plow position on the in-run and then start down in a low tuck. The white snow provided enough contrast with the dark forest to see, sort of, the slot in the snow bank. A little speeding kid would drop through the slot, shoot across the drive way and launch off the ramp on the downhill side toward the line of trees. Upon landing, a quick right turn and hockey stop was executed to avoid colliding with a pine tree. Then the other would follow. Falls were common and so were shouts, smiles, and laughter. After an hour or so of this “jump practice” we would trudge back to the cabin in complete dark. The kitchen window glowed with the light from the gas lamps and Dani would have some hot soup and bread ready. We did not have spectators, distance markers or judges. No fancy jumps skis or jump suits, but we did create some special memories. When I wrote this, I asked Jed if he remembered these days, and what it meant to him?  He remembered living in that cabin and the nights of “jump practice.”  He replied that It taught him that you don’t need much in life to be happy, that there was nothing better than being outside in the woods in the winter, and that ski jumping was fun…. I think these are lessons that we all need to remember every now and again. 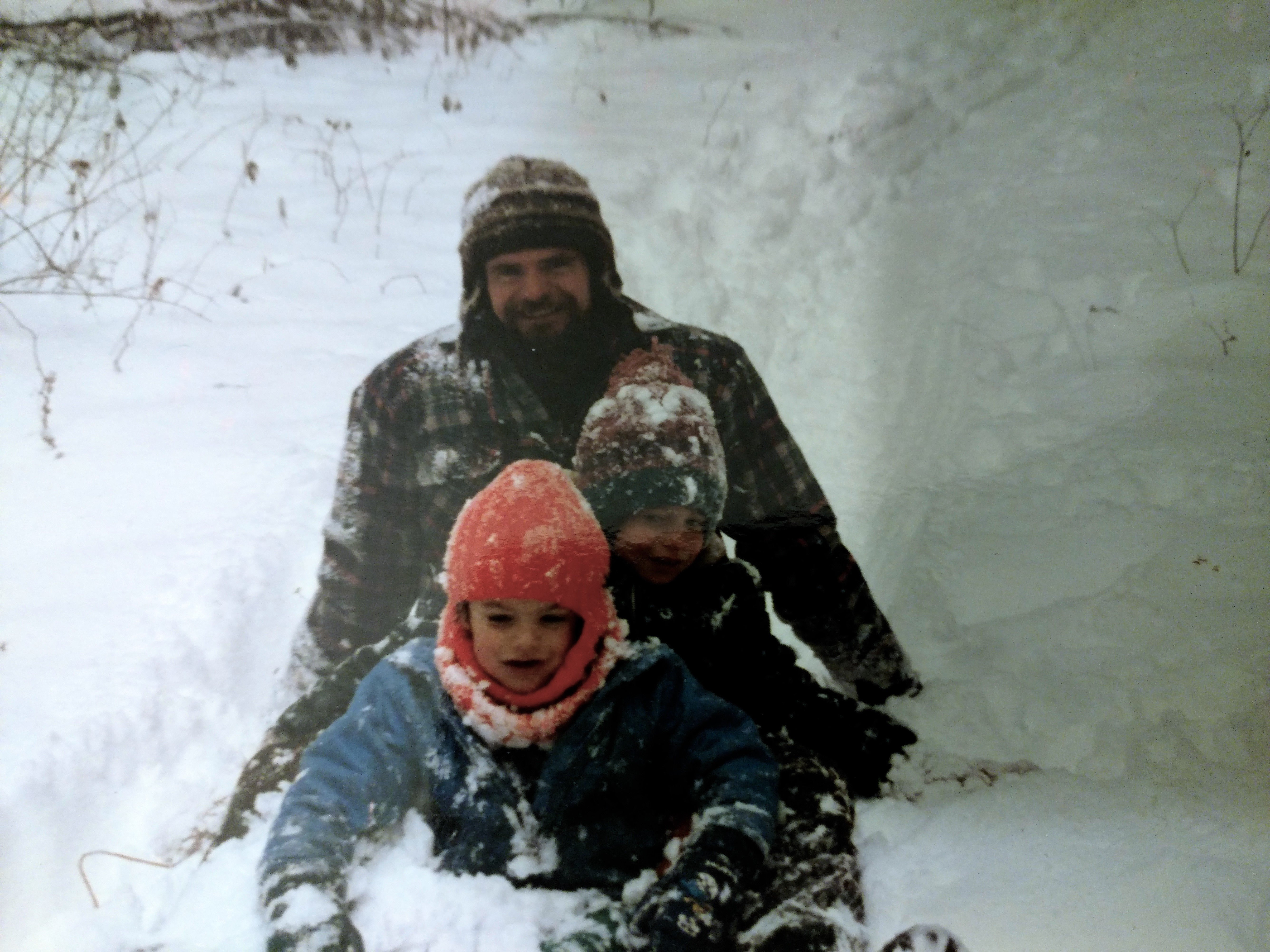