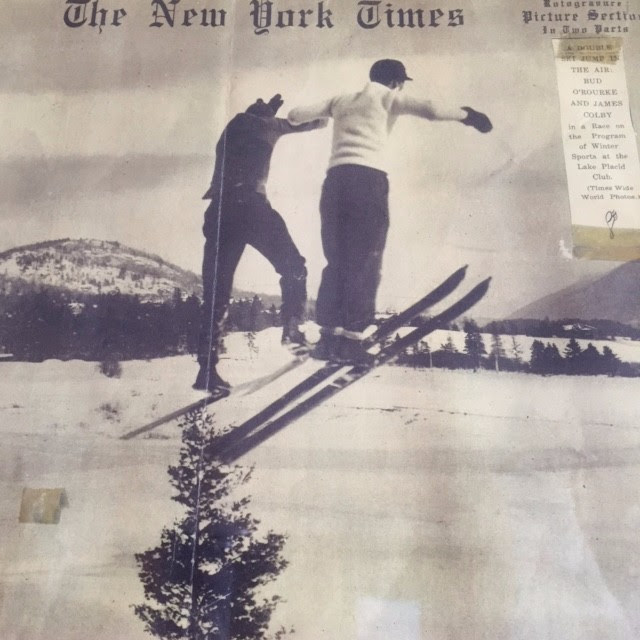 KEEPING IT IN THE FAMILY-  For Corky Colby it started with dad, Jim Colby (R), shown above in a mid-air with Mud O’Rourke in the New York Times in 1931.CORKY COLBYLake Placid Ski ClubLake Placid, NYlpjmpjuj@aol.com I was first introduced to ski-jumping in the late 1950’s when my uncle Bud Colby, John Viscome & Matt Clark started the program that was to become the Lake Placid Junior Jumpers. One of my first memories of ski-jumping was a weekend trip we took to Telemark, NJ to a small hill event that was run by Art Tokle Sr. This was the first of hundreds of encounters I had with one of the best people anyone has ever met. This was also one of the first times that I saw that families were a part of this sport somewhere else besides at home. Over the following 50 years it hasn’t changed. Everywhere I have ever traveled there are always family members of competitors putting hills in shape or being officials running meets as well as coaching and transporting skiers to events. I am still friends today with people I met in the 50’s, 60’s & 70’s. When I used to travel to events I always came across the same people again and again.
This sport is generational. My sons became jumpers and Casey was selected for the 1998 Olympic Team and then went on to be coach and the  program director for the national team. Art Tokle’s son became a competitor, Nordic official and FIS judge. I first met Earle Farnham when I started coaching in the early 70’s. His son Jon ”Cannonball” became a competitor and coach and runs the events that his father did. The best example I see may be when the past generation of skiers and officials came forward to keep ski jumping & Nordic combined going after USSA abandoned us. The names of the families that have carried this sport goes on too far to list them all here.I have been able to travel all over the country as a competitor & coach and all around  the United States, Canada, Europe, Scandinavia & Japan as an official. It seems to be the same everywhere. Families are the core of the sport.
As with many people ski jumping & Nordic combined has been a life long love affair and I’m sure it will be for a long time for many people. 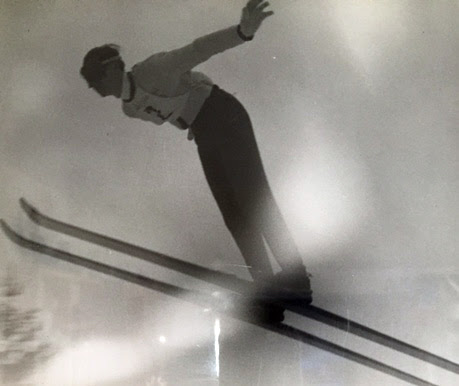 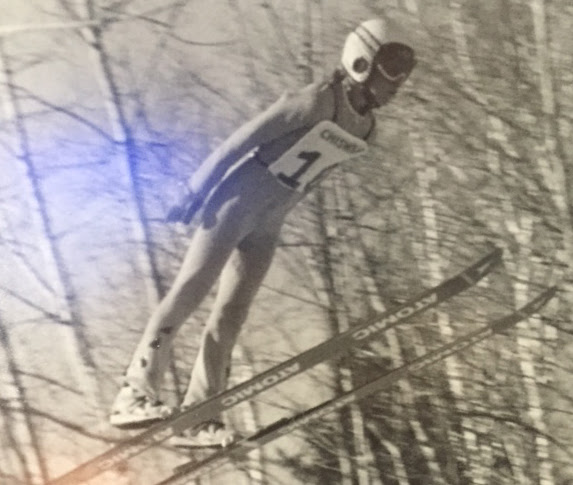 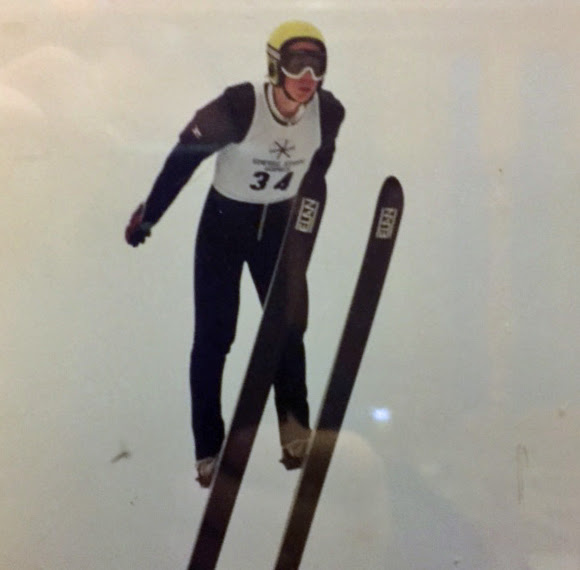 Son, Casey in 1989 in Rumford, ME.  9 years later he would be named to the US Olympic team competing in Nagano, Japan.  To see Casey’s FIS bio, click here.