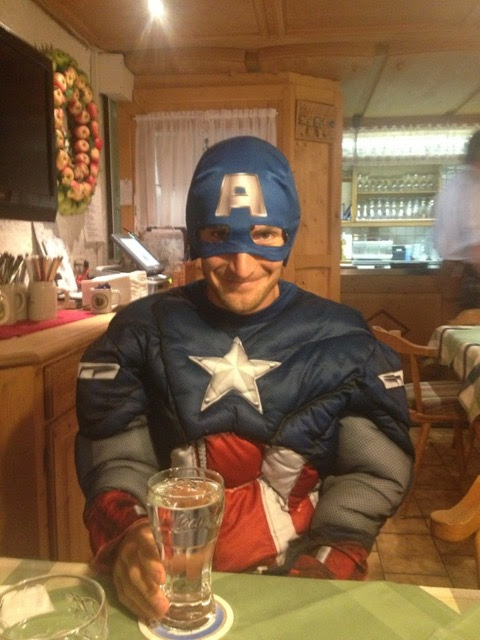 DOES THIS SHIRT MAKE MY ABS LOOK TOO BIG? Taylor Fletcher suffers the consequences of thinking youth could triumph over experience.

It was the winter of 2011-12. I was still relatively new to the team, but I had made great progress is my skiing and was looking forward to pushing the older guys on the team. Through the years, I had always looked up to Billy, Johnny, and my brother Bryan. Being the young guy on the world cup, I wanted to put my foot in the door and show these older guys that I could put them in their place in some way. I wasn’t quite there on the jump hill, but I was racing well in the cross country and Billy had started to take notice. Billy and I were always super competitive, fighting each other during most trainings and challenging each other to all these small bets. It was during the fall that we had decided to do a yearlong bet, on who would be the fastest over the course of the winter. I was fairly confident that I could challenge him enough to win, but Billy is a champion and knows what he is doing very well.

The bet was based on each race during the season and we would take the difference in our times and keep track of who was faster each day. The season started well for me and I was putting good time on Billy in the first half of the competition season. I was thinking I was going to win the bet, but in reality I had actually forgot who I was going up against. I needed to remind myself that I was going up against a World Champion and Olympic Champion. Sure enough as we got toward the end of the season, I was starting to get worn out and Billy was just getting going. He started to ski close to 30 seconds faster than me in each race, and was quickly chipping away at the lead I had worked hard to accumulate. It came down the last couple races of the year and he was on fire. Sadly, I was unable to hold the lead and I think in the end he ended up winning by a small 15 seconds over me.

We had thought of many ideas for the bet, but the best was a costume that I would have to wear for a two-week training camp in Europe. We thought it would be hilarious if I were to wear a Captain America costume for the two weeks. During my time in the heroic costume, I had to have it on whenever I wasn’t training, breakfast, lunch, dinner, and to the hill.  After the embarrassment wore off, I started to see the idea behind the bet, and that was to have fun. Little did I know that that summer would lead into my best overall ranking on world cup, my first podiums, as well as my only world championship medal! 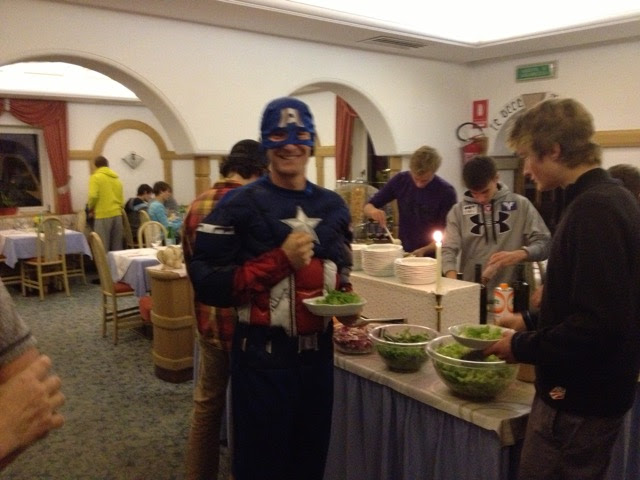 BREAKFAST of CHAMPIONS… Taylor making good on the bet. 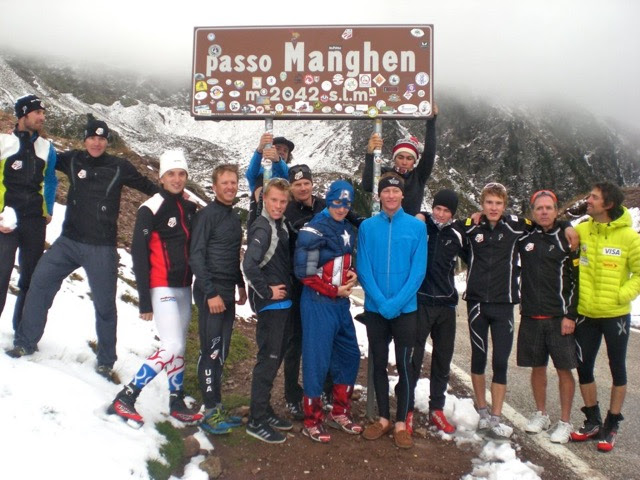 IF IT AIN’T FUN, DON’T DO IT… SO MAKE IT FUN – as Taylor learned from his Nordic combined elders.  After the Captain America camp, he went on to have his best season ever.