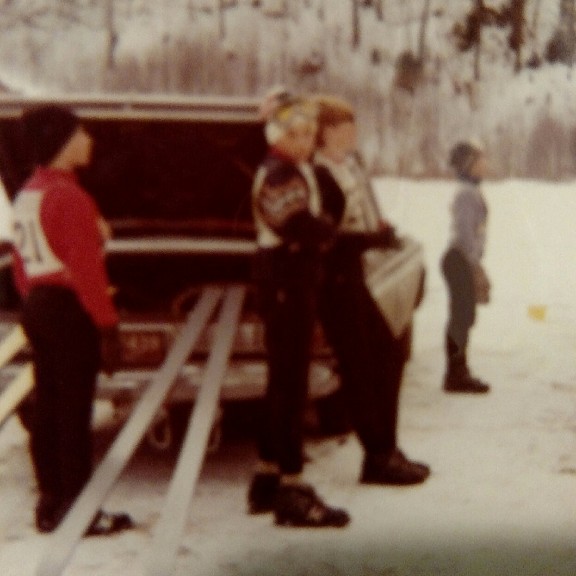 FROM THE PARKING LOT- Gary (center) and friends Matt Poupour (L) and Brian Hughes (R) scope out the hill and prepare to wax before the 1971 Jr National tryouts in Munising, MI

In January of 1974 we took a junior jumping team from Ishpeming to the annual junior tournament in Munsing, Michigan.  For those who remember, the last tournament on the K65 in Munsing was the Jr. National tryouts in 1971. The club did however go on until 1974 on their K40.

The junior hill there was adjacent to the Mustang’s football stadium. You had to stop quickly out of the curve to halt before hitting the grandstand.  The inrun on that hill was built into the woods and was all natural. You could go back as far as you needed to attain ample speed to soar well down the landing under most conditions. The top was gradual and even flat as you followed the track over a knoll onto a proper R1 through the take off.

The record as I recall was 124 feet. Only two feet less than the record on our junior hill at Suicide Bowl. Most of us truly loved both hills. These jumps had great air for smaller hills and really helped young jumpers prepare for their progression to larger hills.

This particular Sunday we arrived at Munsing’s hill well before anyone else. My dad took a look at the landing and decided that since there was no fresh snow and the hill was jumped the day before, that we could go right up and start flying. And fly was not an overstatement.

What Wilbert did not consider was the fact that the day before when the track was set for the first jumps of the year, the temperature was in the high 30s. When we arrived the day after it was in the teens. Dad’s mantra was to always make your first jump your best of the day. What happened next may be one reason I later seemed to need a feeler.

I put my skis on right where the Munsing boys had been starting the prior day. And I was hell bent on having a dandy. My dad said that he knew by the time I was 30 from my jump turn that I was in for a thrill. I don’t know how far I jumped, but where I landed wasn’t as steep as the hang of the take off.

I jumped the rest of that day with a little bit of blood running off my face. I did win the tournament, but I never did jump that far on a K40 ever again.

The Munsing Ski Club never held another tournament. But that was as good a place to jump as any for a kid. And I’m pretty darn sure that I have the unofficial, non standing hill record on their old junior jumping hill. 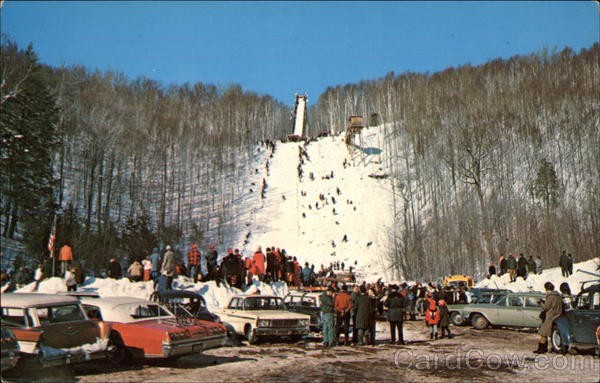 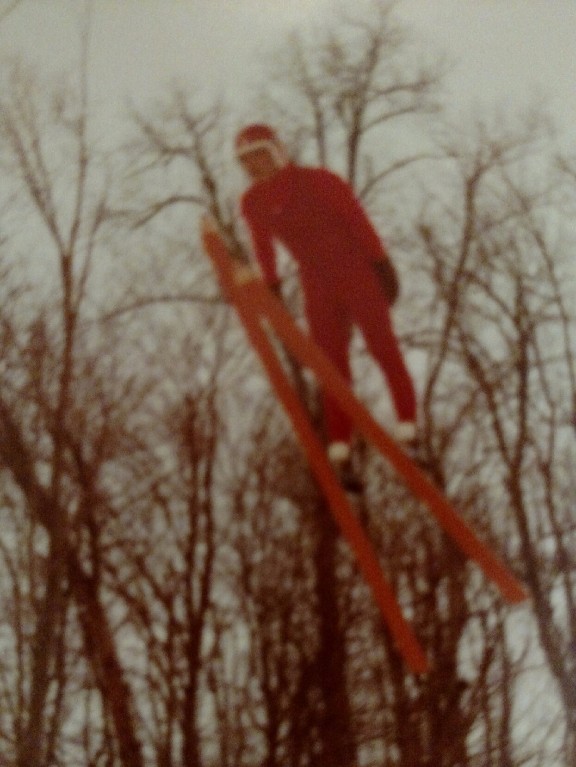 Gary Rasmussen having one back in the day.