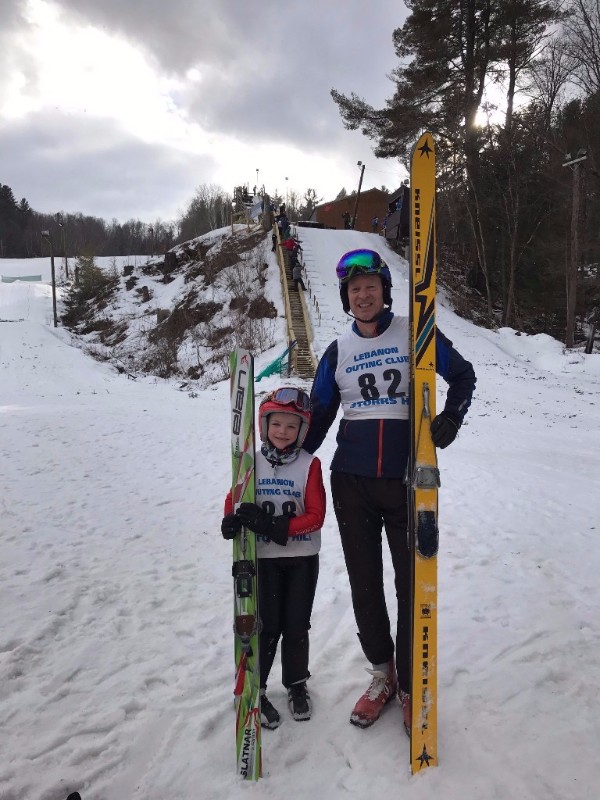 I grew up in Newport, NH. In the early 1970’s the Lantz family moved from Brattleboro, VT to Newport. They brought with them the passion for Nordic skiing, which included both jumping and cross-country. The Lantz family move to Newport provided the inspiration and catalyst for the formation of the Newport Nordic Club. Soon we had dozens of kids participating in the Newport Nordic Club and the Torger Tokle League under the knowledgeable and always dedicated coaching of Roland Tremblay.

In those first years, I don’t think that anybody had any new equipment. We all started jumping on downhill equipment and then graduated to well-used and experienced jumping skis and boots. My first jumping skis were a pair of wooden Splitkens that were true to their name as they had some splitting in the tails from the many long rides of the jumpers that used them before me. The highlight of the season was going to Torger Torkle meets in Gunstock, Hanover, Lebanon, Lyndonville, Wolfeboro, Brattleboro, and Newport.

On one off weekend from Torger Tokle meets, my father brought me and some of the younger jumpers over to the Cardigan Mountain School for a meet on their 10 meter jump. This must have been around 1973 and there was very little snow. Anyway, I was extremely excited, as I had some brand new Kongsberg jumping skis that had just arrived and this was going to be the first time using them. I remember there being only snow on the jump and outrun and hay bales around the take-off. On my first practice jump I started from the top so excited to be on my new jumping skis. As I headed down the in-run, I barely accelerated or gained much speed. I had so little speed on my new Kongsbergs that I barely made it off the takeoff and down the landing hill. If I had been on cross-country skis on a hilly course, I would have had the right kick wax that day! Being relatively new to ski jumping, we didn’t know that the ski bottoms had to be treated as they were not snow-ready out of the package.

I don’t’ remember how far I went that day or how I did in the competition. However, it was a memorable day with my father, and a ski jumping experience that I will never forget. My older brother, David, recollects that a similar event happened to Steve LaValley on his new Kongsbergs on the Newport 20 meter jump. His skis were so slow that he stopped in the middle of the landing hill transition where he had to take his skis off and walk off the jump.

My son, Jacques, age 9, is now ski jumping. He started jumping in Norge three years ago under Coaches John Glasder and Scott Immens. For the past two years, he has been skiing under Tim Norris and Chris Jones at the Andover Outing Club as we moved back to New Hampshire from the Chicago suburbs two years ago. It’s great to see Jacques out there jumping and having fun just like I did 40 years ago. 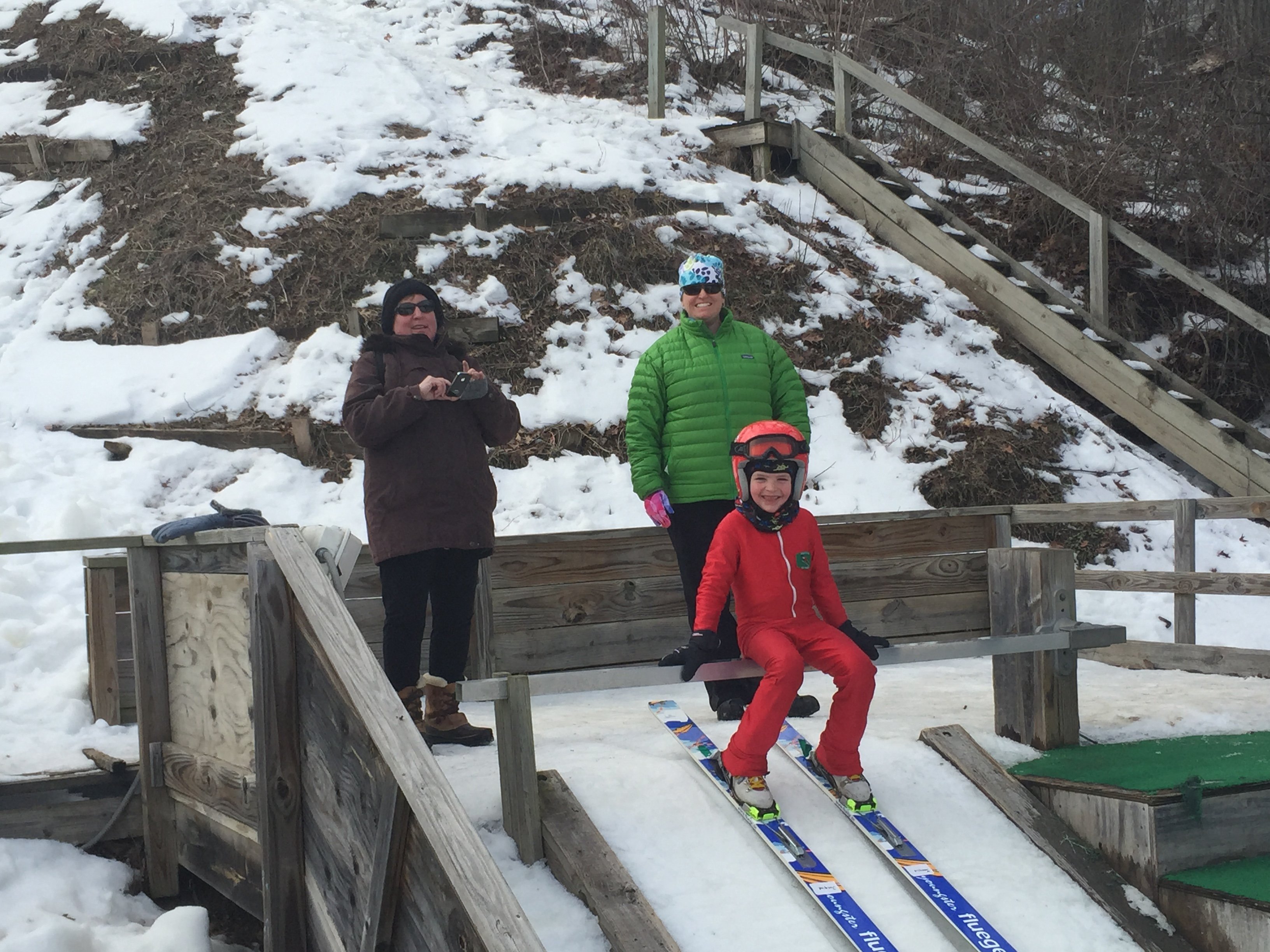 Bill’s son, Jacques, jumping off the Norge 10 meter in 2016. Looking on with a watchful eye in the green coat is his mother, Leci. 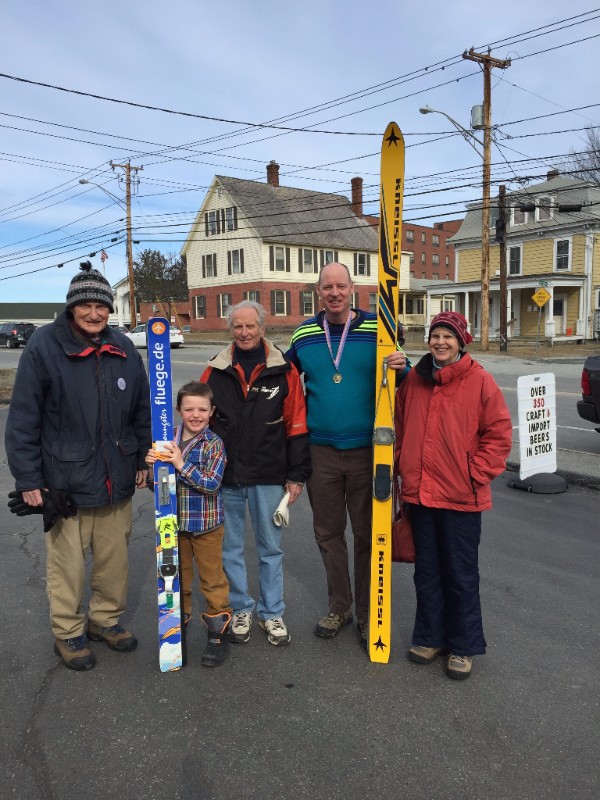