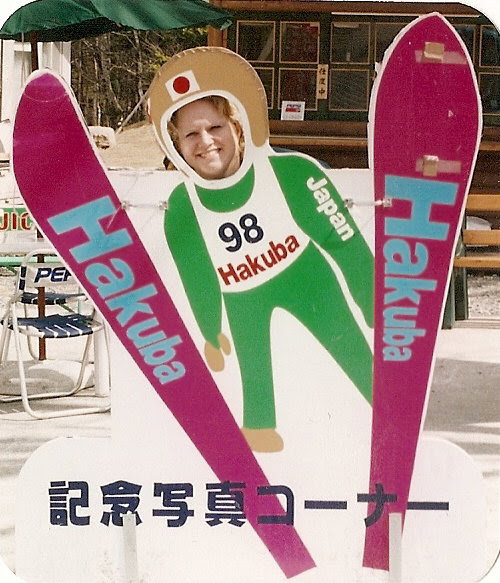 Kris on a long one in Hakuba, Japan in 1999.  Hakuba hosted the jumping events for the 1998 Nagano Olympic Winter Games.

KRIS EDLUNDSki jumping mom & volunteer extraordinaireSt. Paul Ski ClubWoodbury, MNskijumpmom@q.comGrowing up in a small southern Minnesota town, I only knew about ski jumping from watching “The Agony of Defeat” in the opening sequence of ABC’s Wide World of Sports and from the Winter Olympics. I enjoyed watching all the events, ski jumping included, however I gravitated more towards figure skating. Skipping ahead several years, while living in Ft Lauderdale, FL and working for a tour company,  I sat next to a Northern Minnesota girl, who would tell me stories of attending ski jumping tournaments in Coleraine. I thought it sounded fun in the spectator sense only (coming from one who is terrified of heights and not a skier). May of 1992, while on a 3 week trip to Europe starting in Norway, I saw the famed Holmenkollen ski jump in Oslo and sat on the ski jumps in Lillehammer as they were being built for the 1994 Olympics. In April of 1995 when I met a guy named Dave, little did I know at that time, how much I would be involved with this wonderful sport of ski jumping.  I remember attending my first “Big Hill” event in Westby, WI the winter of 1996 and asking the guy next to me all kinds of questions about ski jumping as I didn’t have a clue other than it was so exciting to watch and I loved the sound of the wind as the skier flew through the air. Since that time, I have attended so many tournaments that I can’t even begin to count. Family vacations have been centered around what ski jumping tournament can we attend or if there wasn’t a tournament it would be what ski jumping hill can we visit.  I started out as your basic spectator at these events, progressing to volunteer work at the St Paul Ski Club and have held a couple different positions within the Central Division.  My favorite is taking ski jumping photos of all the athletes at the tournaments that I attend. I can’t forget to mention becoming a “Skijumpmom” and number 1 fan of my boys:  Davey, Trevor and Joey. I have yet to try jumping myself, just not up for that challenge even if it is on the bunny hill at our home club. Living in Minnesota, where hockey takes top bill, I just have to laugh when I hear those Hockey Moms complain about how cold it is to sit in a rink all weekend and watch hockey.  They don’t know what cold is! Until you stand outside at a ski jumping competition for a few hours to watch your kids fly down the hill and that bottle of water that you had in your pocket is now frozen solid!  However, you know I wouldn’t trade in those moments for anything in the world!  I have grown to love this sport and consider all the friends that I have made my second family! 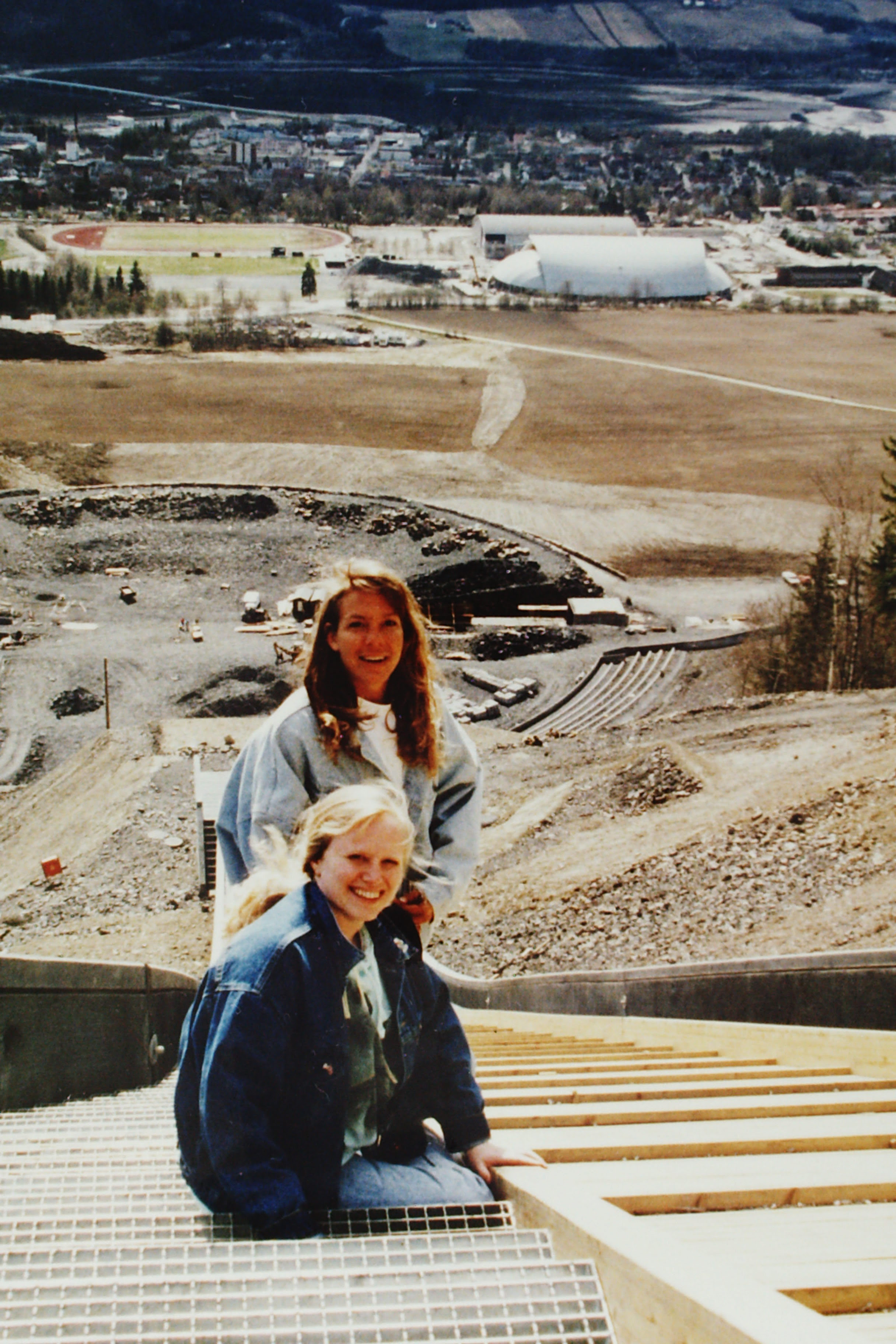 Olympic jumps under construction in Lillehamer in 1992.  Kris with friend Deb.  The jumps were ready the Olympics in 1994.