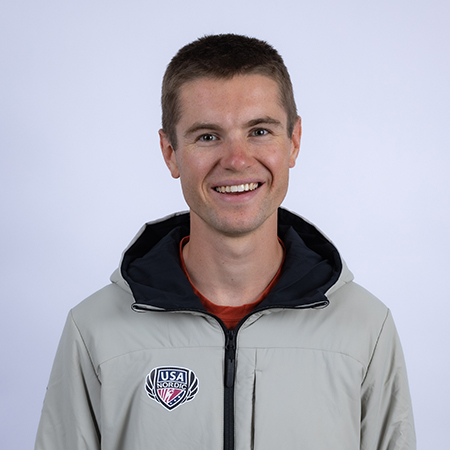 Since 2017, Casey Larson has been a member of the U.S. Men’s Ski Jumping Team. His first memory of popping on skis was around the age of two, when his dad, Guy, began towing him around the slopes outside of suburban Chicago. He started ski jumping at the age of six, strictly because “it looked ridiculous”, so of course it took over his life. His sister, Cara, is also a member of the U.S. Ski Jumping National Team. The love for flying runs in the family.

Larson spent the 2020/21 season making a comeback from major surgery, after tearing his shoulder in two pieces. Now healthy, Larson is back as one of the leading jumpers on the U.S. Men’s National Ski Jumping team. He stays focused on training and competing, occasionally dabbling in trail running and mountain biking to help him stay in shape in the summer. He also attends the University of Utah.

Larson has represented the United States at two Winter Olympic Games, being named to the U.S. Olympic Ski Jumping Team for PyeongChang 2018 and Beijing 2022.