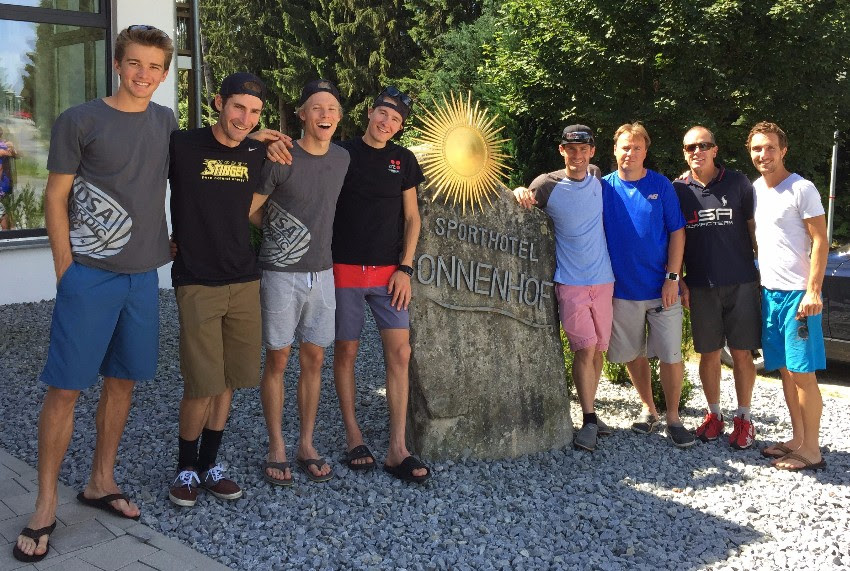 The team in Breitenburg, Germany, before the 2015 Summer Grand Prix competitions.

The more I think back to last year’s Summer Grand Prix trip, the more amazed I am that we were able to make it work out.

Before the Grand Prix competition began we spent a few days training in Breitenburg, Germany.  Flying over, 3 out of our 4 ski bags didn’t arrive in Munich with our flight.  Not for the first time, we filled missing bag claims and continued on our way, reasonably confident that the airlines would have get them on another flight into Munich and then quickly deliver them to our hotel door.

Long story short, we spent two weeks in Europe this trip, and our skis never made it, despite our persistent efforts to communicate with the airlines and the delivery company.  After a few days they let us know that in fact, the delivery company doesn’t deliver beyond 100km.  Ok, we said, send them to the airport hotel in Munich, and one of our coaches would be willing to pick them up.  Somehow this message couldn’t get through to the right person either, and about a week after our arrival, our skis were back on a plane – but heading back to Salt Lake City.

This story isn’t about (unexceptional) airline failings but rather the fact that we all made it work fairly well.   Some of us had new jump skis waiting for us in Breitenburg, thanks to a new measurement protocol that effectively made everyone a bit shorter.   We also had some extra bindings; I had heel blocks in my duffel, but my spare toe pieces were in my ski bag.  Two out of three binding parts was a good start and I was able to borrow toe pieces: first from the local club in Breitenburg, then from the Chinese women’s jumping team, and then from our Czech wax-tech who came over to watch in Oberwiesenthal, GER.

We put together enough poles for everyone to use from any team that could spare a pair for the Americans.  The last thing we all needed was rollerskis.  Again, we were lucky, in that a company supplies rollerskis for all the racers in order to keep things fair, and the organizers gave us a few old pairs to use for training and warm-up.  For the second week, our rep from One Way sent over a pole tube with our coach DJ, who joined us late. We’re incredibly lucky to have someone that lives in Park City, and is willing to send out brand new poles for each of us on a moment’s notice.

We’ve tried to repay our debts to the seven different nations who helped us out, but in small communities, everyone lends a hand, and no one keeps score.  If I’ve learned one thing, it’s that there is always a way to make things work out.   Also, if your bags don’t show, you might want to wait for them yourself, even if it means an extra night at a nearby hotel.  That’s what we did this year, when all 12 of our bags spent a few extra hours in Amsterdam. 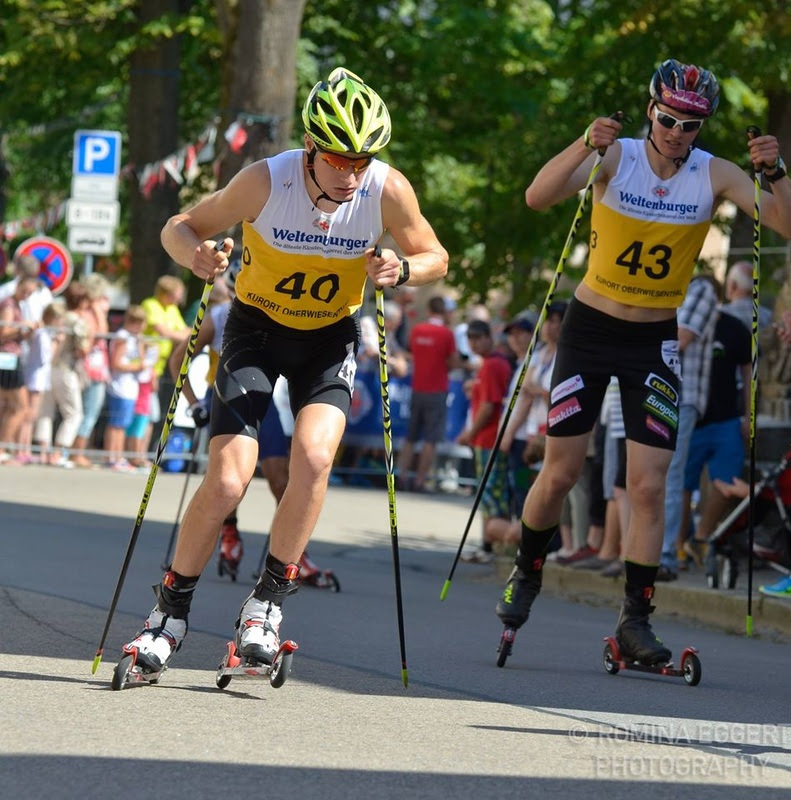