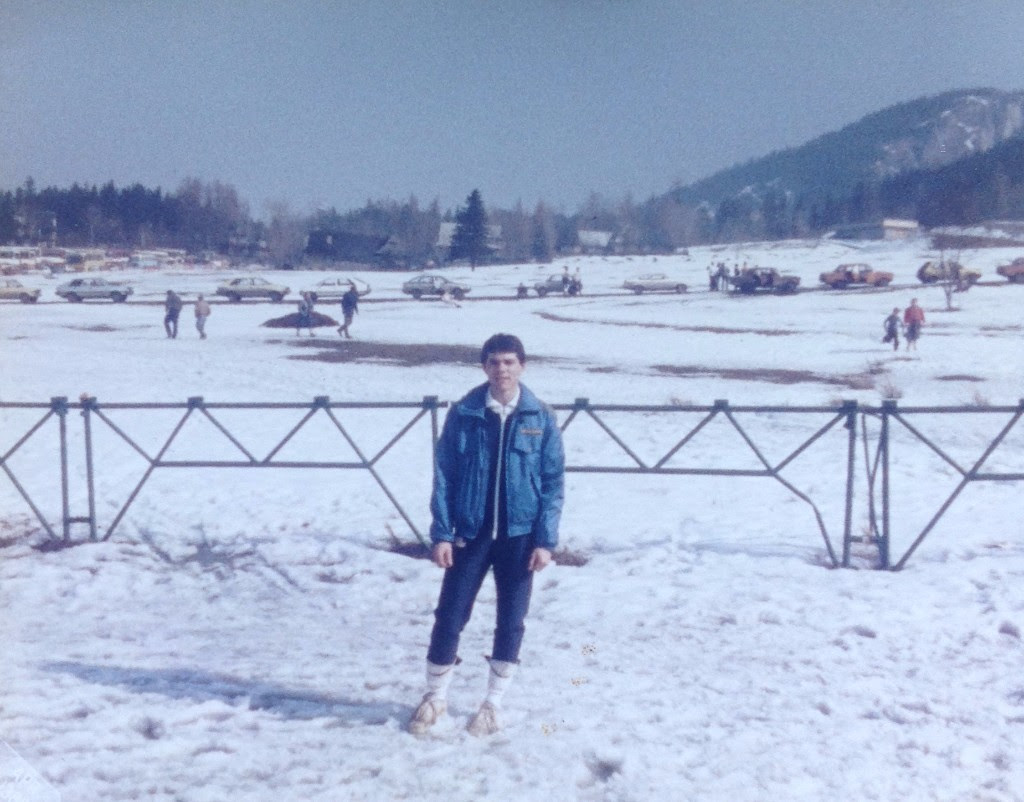 Mark Breen just outside the Zakopane, Poland jump stadium in March of 1986.MARK BREENLake PlacidSalisbury Winter Sports Associationmbreen12@gmail.com A highlight of my brief career was to qualify for a trip to West Germany and the Blackforest Springertournee in March of 1986. I packed up on my first ever European trip and boarded a plane with fellow Springertournee competitors David Williams from Colorado, Dan Matoon and, I believe, Yan Sandman, from Central Division, and the infamous Matt Petri of Massachusetts. During the 1984 Winter Olympics Matt Petri had become a bit of a human interest story after a horrendous crash during training in which his aluminum Adidas binding tore through, and shattered, his arm. The horrific scars left as a reminder proved to be no deterrent and Matt kept competing to, if memory serves me, eventually qualify again for the 1988 Olympics. As luck would have it, and to my great surprise, our trip would also be taking us behind the Iron Curtain to a competition in Zakopane Poland. I knew this would be a unique experience as this was still a time of suspicion and mistrust between the Soviet East and American West.     Before leaving I paid attention to the U.S. Ski team members who traveled regularly behind the Iron Curtain and often spoke of the depressed and impoverished way of life that many who lived there experienced at that time. Two things I noted was how often I would hear complaints of the food they would be exposed to in the Soviet block, and how you shouldn’t exchange too much U.S. Currency for souvenirs cause they wouldn’t let you exchange the money back nor take their currency back to the West. This stuck in my head and I was determined to buy as many groceries as I could in the west to take with me to the east if I was allowed. Landing in Switzerland we drove to Neustadt West Germany for our first competition and then on to Schonwald, which was just around the corner, for the second and final competition of the Springertournee. From there we drove across Austria and stopped in Vienna prior to out border crossing into Czechoslovakia. Time to get nutritious tasty food for my time in Poland. Off to the store I went where I bought an athlete’s diet of Coca Cola, chips, and what was essentially a giant pound cake.     After a thorough going over by Czech border guards with the first AK style rifles I had ever seen we were on the road across Czechoslovakia to Poland. After dark I was woken up by my coach who told me to look out the car window. It turned out we were traveling next to a rail bed and a train full of flatbed cars carrying Soviet Tanks was passing us heading west as we were going east. Very intimidating seeing what seemed like hundreds of enemy tanks on the way to free Europe’s borders. Pulling up to our hotel in Zakopane I saw a horse drawn cart with truck tires drive by, an immediate reminder of the different world I was in. Having only settled into my room for about ten minutes my roommate, and coach, told me he was going out to have a look around. No sooner did he leave than there was a knock on my door. I answered it thinking the coach had forgot his key but standing in front of me were two thin mustachioed, Adidas track suit wearing, cigarette smoking dudes who greeted me with the words “you need money!” Sixteen years old at the time I was a bit freaked. I said “no I don’t need money.” They said “no”, “we change money for you.” With that they just walked in the room and shut the door behind them. They made it clear that if I wanted to exchange money it was better to do it with them as they would give me a much better exchange rate than a local bank. Turns out there was an active black market for U.S. currency to a degree that these men made it their business to know when Americans came to town. I reluctantly agreed and ended up changing about 80 bucks into Polish currency. I was relieved when they left cause while they got what they came for it was clear to me they were not quite happy with the amount. That and the stereotypical track suits and smokes were a bit much for me. With that I ate pound cake and soda for three days cause I wasn’t enamored with the fare. I didn’t jump Zakopane’s very nice low flying 90 meter hill very well but I was able to buy lots of bootlegged cassette tapes with my Polish money and I was thankful to get out of there when I did cause a month later I noticed from TV news accounts that Zakopane got a little radiation from the Chernobyl meltdown that occurred a few weeks later. 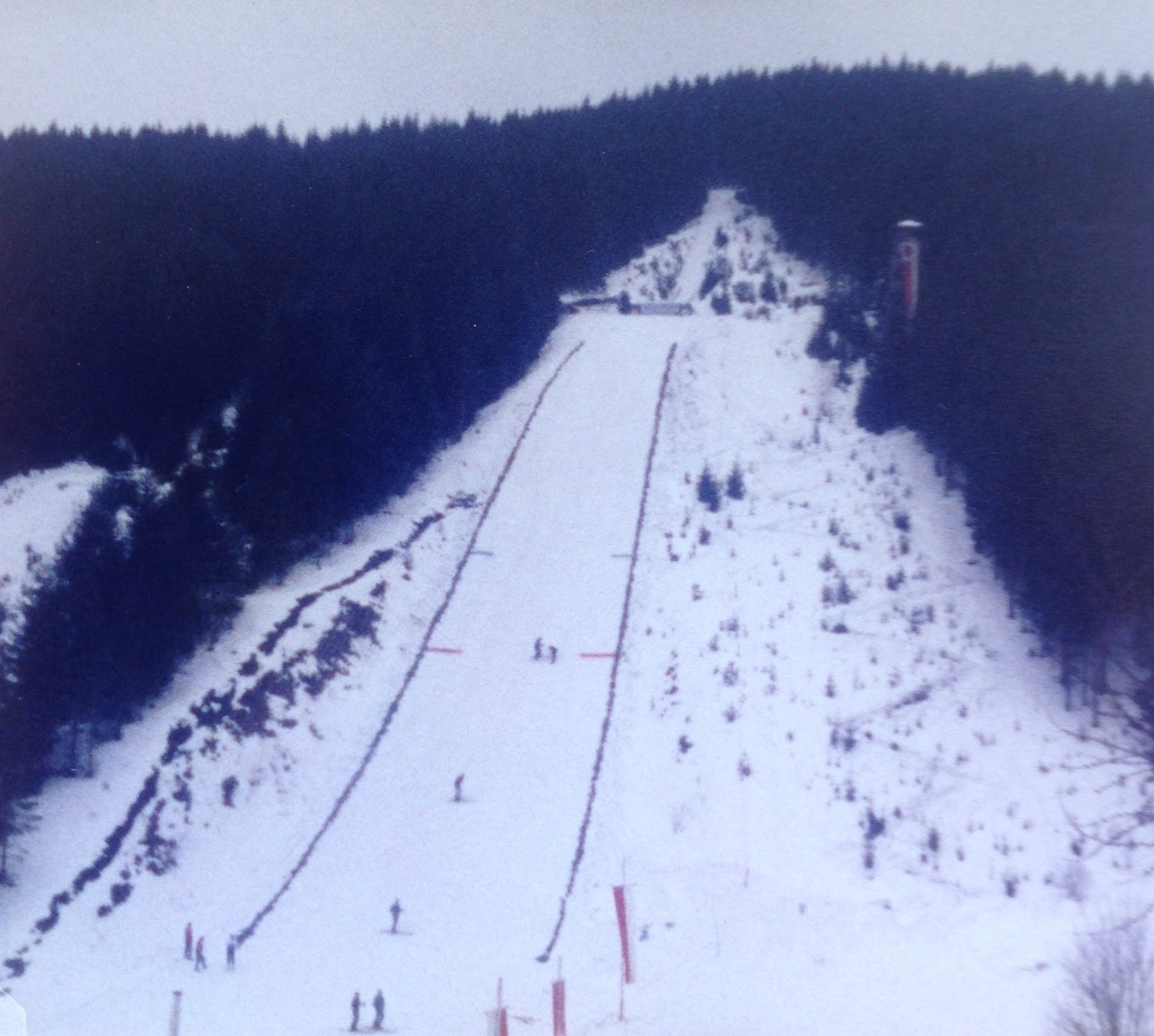 Hill in Neustadt West Germany in 1986… big then, even bigger now. 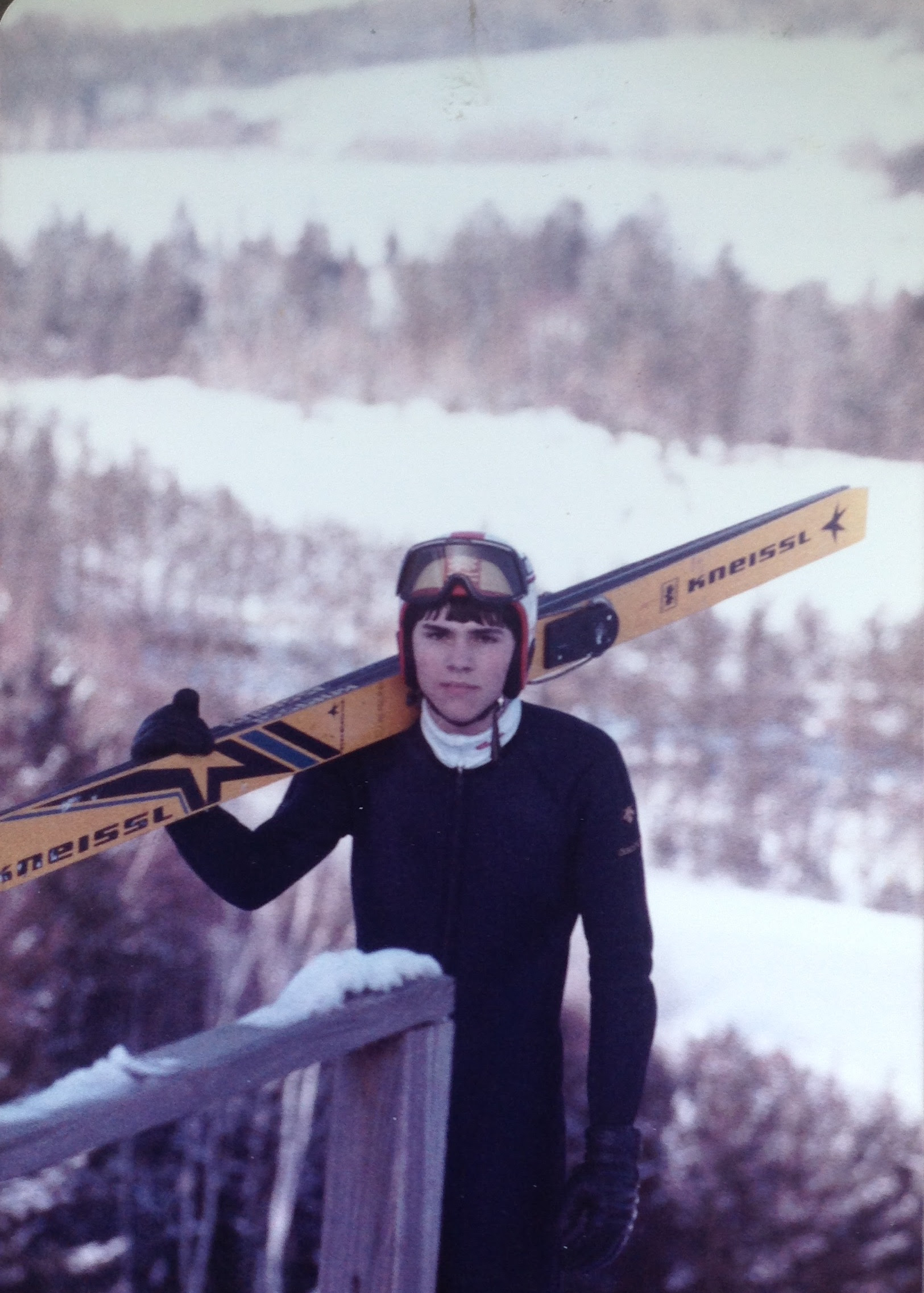