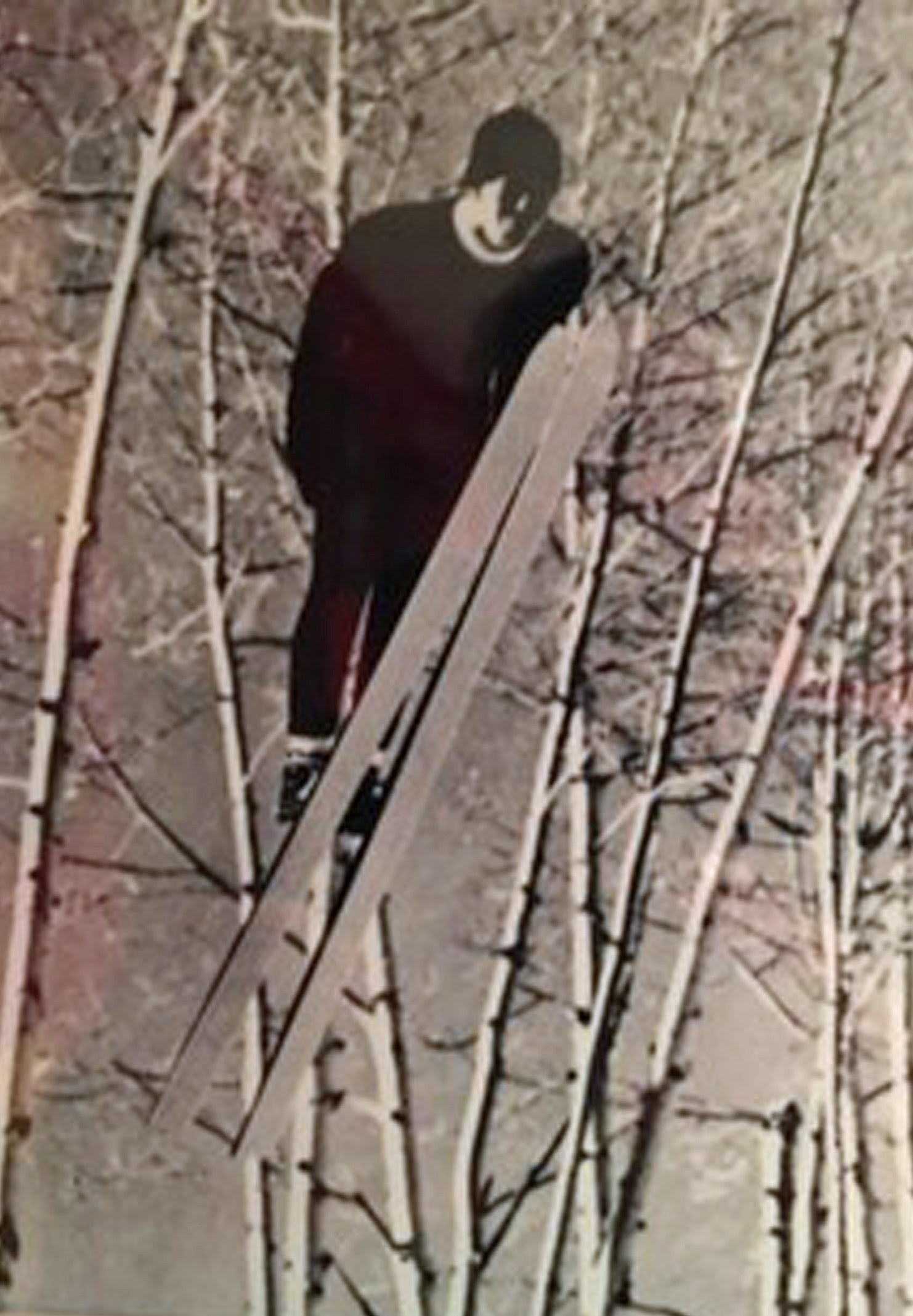 RONNIE NEAL SKIING NATIONALS IN DURANGO, CO.  Note from Ronnie- The week prior to the tournament it snowed at least a foot and some times more every day. We had 7 or 8 feet of new snow that week and wondered if we’d ever get to ski what with all the boot packing. But it did eventually get sunny and gorgeous.
RONNIE “COWBOY” NEAL
Jackson Hole Ski Club
University of Wyoming
rsns40@gtfalls.com
One winter about 1970, I would guess, there was the usual group of ne’er-do-wells gathered in Westby, Wisconsin for a tournament. I remember Jeff Wright, Winnie, “Pavo” (Tim Dennison), Lars Grini and others, as well as myself, ensconced in Doc Bland’s house (as there was a blizzard outside and thus no skiing that day). The most talented raconteurs had depleted their well of stories by early afternoon and with impending boredom signaling its approach someone suggested a poker game.

Of course none of us of had much money to speak of, but we figured with a low stakes game no one would be injured too badly. Thus we played a variety of card games for hours on end and I realized I was up $198.00. A near fortune in those days. Then some pea-brain suggested a round robin high card with the final player going against me. The final guy was Lars Grini and it was all or nothing. (He did have adequate funds to cover the bet). Guess what? He won the whole deal. I think he rewarded us with hot chocolate from Doc Bland’s kitchen.

With that education I learned about gambling and have subsequently since that time have never wagered a nickel at any time or in any way. Thus it becomes apparent that we ski jumpers learn valuable lessons from our peregrinations and experiences on the Nordic trail that don’t necessarily have to do with inrun, take-off, flight position and landing. I very much appreciate the life lessons obtained from ski jumping, the travels and associations developed, and the opportunity to do something within which so few are privileged to participate.

PS-  My cows are cold here lately as it has been a balmy 28 below zero in the wilds of Montana, but they’re happy as we feed them lots of hay.

PPS- My ski club was Jackson Hole Ski Club, and Univ. of Wyo. ski team. We had Tim Dennison, Greg Windsperger, Peter Robes, I think Bruce Jennings, Per Sven and me. Denver University, Fort Lewis and Univ. of Colorado were our major opponents. Had some good skiers around the area. 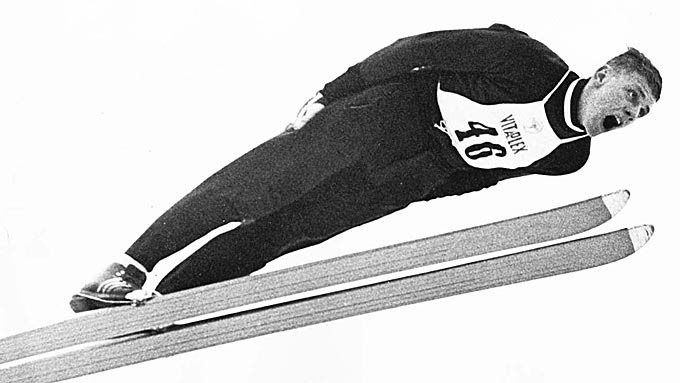