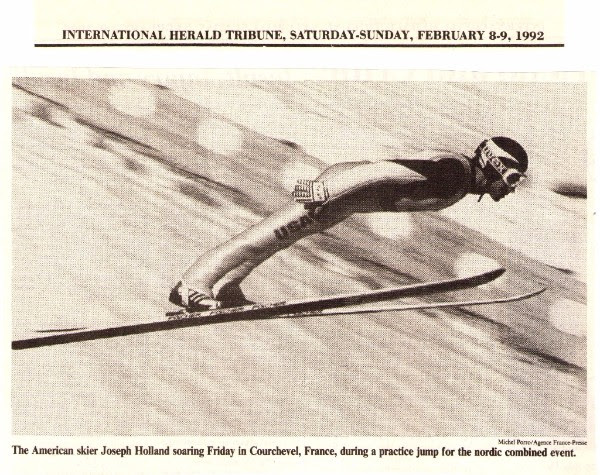 JOE HOLLANDFord Sayre Ski ClubNorwich, VTjoe.holland@newenglandprecision.comAlan Funk where are you?Falun Sweden 1991ish, the American Cross Country and Nordic Combined teams were lodging at Hotel Solliden(sp) in Falun Sweden. After stuffing ourselves on the customary Wednesday night pancakes a member of the organizing committee asked our large group if anyone wanted to compete in a promotional car race. He continued to explain that this event would end very close to the start of the next days’ World Cup and it would require packing gear the night before. I raised my hand immediately and then looked around expecting to see many other hands raised too, but they all had game faces on and their hands tucked under the tables…The next morning our familiar driver picked me up and helped secure my freshly waxed skis. As we drove to a meandering ice track on a nearby frozen lake I had no idea what I signed up for and envisioned there would be an old Saab or demolition derby junker for me to drive.    When I arrived there were about 10 other athletes, including Sweden’s mega star Gunde Svan, who apparently raced cars when he wasn’t winning World Cups.  I was introduced to the Swedish Ice Driving Champion who gave me a fire retardant suit, a massive helmet and strapped me in his seriously over motored Race Car using a 3-point hitch. That was a thrill and that was just starters.  He explained that the best technique is to go full throttle followed by full brake just before a turn. Right. Then he added that smashing the car off frozen snow banks worked well too.After a few official announcements and photos with representatives from Volvo and Gislaved (the studded tire company), we were handed keys to brand new Volvo luxury sedans.   As I palmed the keys in my hand I looked around for Candid Camera. Where are you Alan Funk?     These shiny, chromed out, cars where straight from the dealer’s showroom.  The organizer explained that these cars would be scrapped after the event. Before I knew it, the race was off. Using interval starts and my new understanding of car racing I full throttled, full braked, and smashed the tail end into the bank on repeat around the mile track.  We were warned to never get out of our cars- a wrecker would pick us up, if necessary.  After completing the requisite number of laps I felt like I was doing pretty well as I had closed the gap on my competitors.  With fenders and chrome pieces hanging off my new car, I remember approaching the finish line, the fastest part of the track, and thinking how I’d like to flip this car over one of the snow banks. I’m glad I didn’t, realizing that I was pretty amped at the time and rather than completely total the car by using the snow bank as a bumper, I ended up in Second Place.Soon after the race we were lined up for photos and an award ceremony.   This was my only “World-Cup ish” podium as I stood next to Gunde, wearing his personal car racing gear plastered with his sponsors. The “Alan Funk” experience continued as they awarded me with a trophy and showered me with gifts for effectively wrecking a new $30k Volvo sedan.The Nordic Combined event started less than an hour later and I had my best result of the year, finishing 9th and proving that skiing is 90% mental and only 10% physical.  Since retiring from Nordic sports I am forever grateful for all the opportunities, friends and thousands of unique experiences we all shared.  I still dream about flying and those dreams fall into 1 of 2 categories:1) The Oh S&*t Dream: takes place in the present and I am putting on my skis at the top and trying to remember how to execute a clean jump…  Stressful!

2) The Nirvana Dream: has me flying high over the hot dog stand and setting it down softly way past K…  Never get sick of this one.In waking life, I live on a once upon a time well-known ski hill in Norwich, Vermont with my wife Becky and two high-energy young boys. Recently Jake (age 4), learned how to ride his bike. The next day he felt as though he had mastered this skill, and somehow carried his bike up our playground slide that resembles a Ski Jump. I turned around at the last second to see him successfully ride his bike off this small jump and stick the landing. While the ski jumping/race car driver in me was proud of his achievement, we agreed that we should work together on his next jump. There will likely be more. 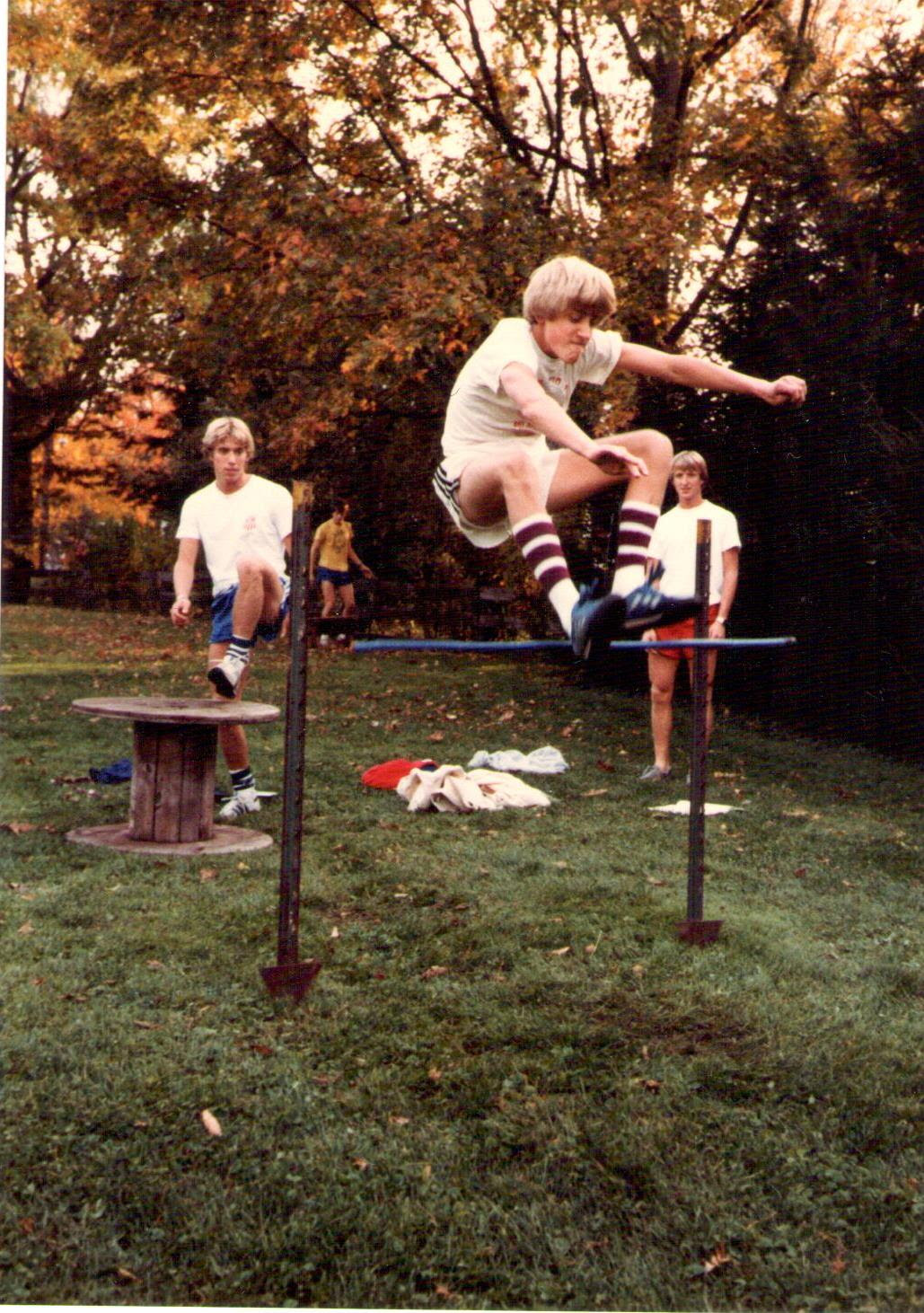 The flying Holland brothers dry-land training in late 80’s.  Jim clears the bar, Joe up next while Mike oversees