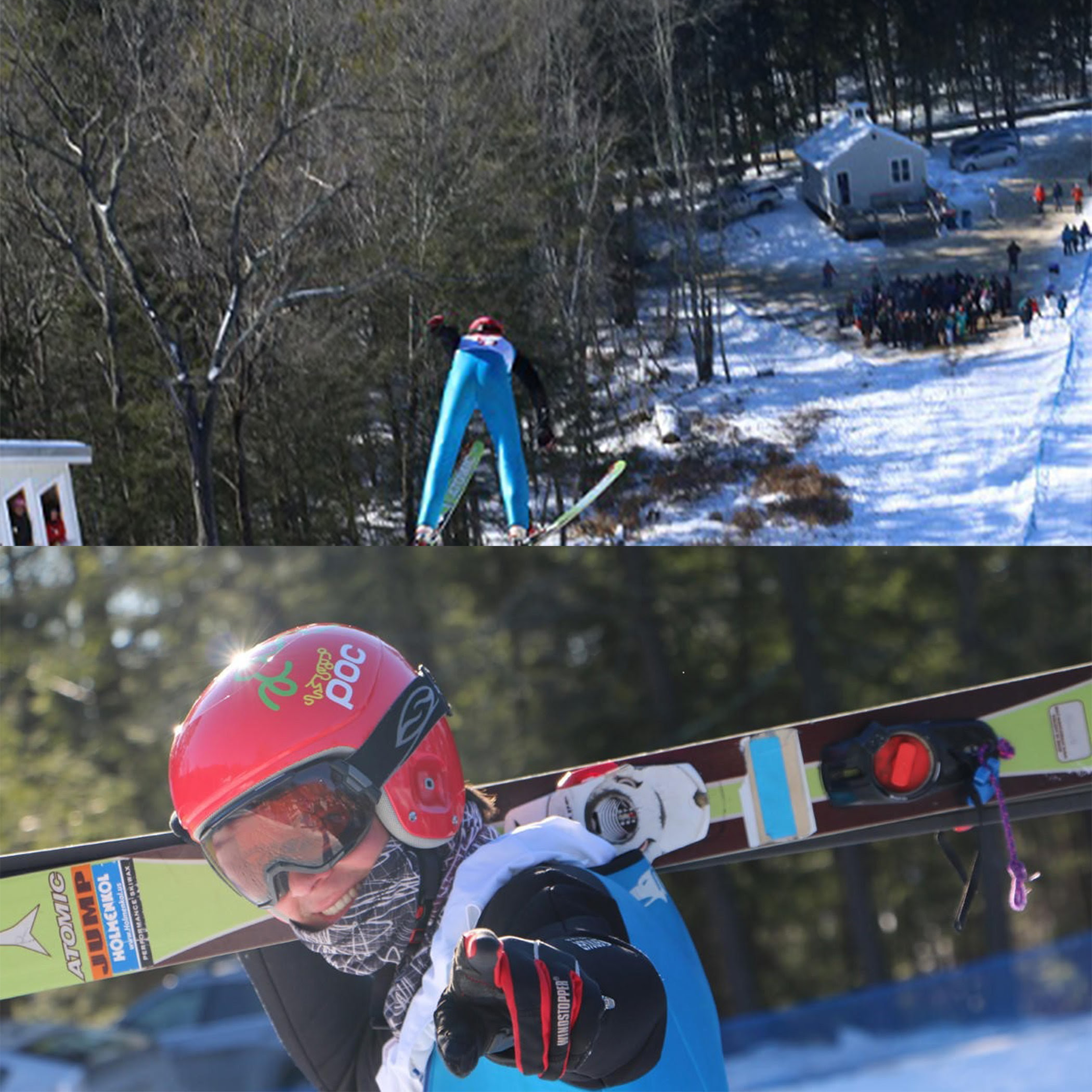 The wind alternated between whistling and howling on the morning of the second competition day at Salisbury Jumpfest 2016. I almost didn’t return after a frustrating and disappointing experience with Jumpfest in 2015. The event itself is beautifully run, and most enjoy it thoroughly. But I, a 20-year-old who started jumping at 16 in the New Hampshire high school league, faced a stacked open field of current and former internationally-ranked competitors. I consider myself one of the only recreational ski-jumpers in the world, since I only get to jump a handful of days each year, and I by no means do it for the competition results. The open class jumped from one of the lowest bars on the tower, and I barely cleared 40 meters on the 65-meter hill. This year would be different, as Ariel Picton, Chris Jones, and I had formed our own class: the “non-competitive” open skiers. This way, we could start from higher and get the real Salisbury experience.

On this crisp morning, however, I was more terrified than excited. The competition had nearly been cancelled due to 30 mile/hour gusts. Half of the competitors had pulled out for the day out of a concern for safety. Four hours from my home in Burlington, Vermont, I had no interest in missing out on a day of jumping this beautiful hill, and I decided to participate in the event. Friend, mentor, and closest thing I’ve had to a consistent coach, Jon Farnham said to me before I climbed the tower, “Check all your safety straps before you wave down to us. When we flag you, you’ve gotta go immediately or the wind could pick back up.”. Failing to follow these instructions could easily result in a serious injury.

It provided great relief that all the jumpers made it through that day unscathed. Jumping that day had been the most frightening moment of my life. The experience reminded me of a core philosophy I hold. Most of my hobbies are adrenaline-based thrill-seeking sports because for me, truly feeling alive requires being scared half-to-death every once in a while. Later that weekend I made a new personal distance record of 58.5 meters. I’ll surely be back every year that I still live in the northeast, in search of new life-changing memories.
Editor’s Note-  When Ben calls out his association to Kennett High School he is also calling out his association to a ski jumping team as New Hampshire is the only state in the nation (world?) that has high school ski jumping (for both boys and girls).  Typically the winning team at the state tournament will have t-shirts made up proclaiming themselves NATIONAL high school ski jumping champions.