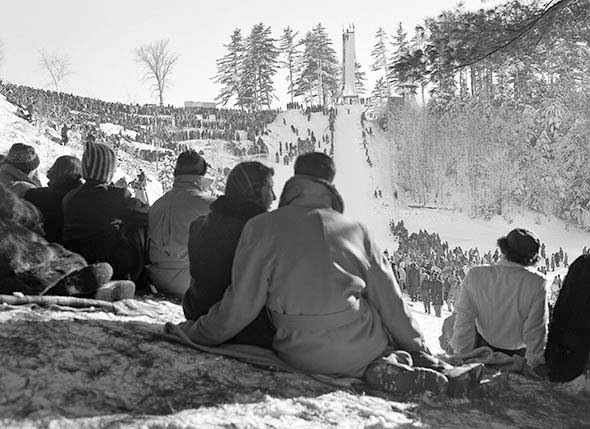 Dartmouth’s Vale de Tempe ski jump shown here during a winter carnival event
in the 50’s.KURT KLINGGunstock Nordic (NH), Middlebury College Ski Teamkurt@northernedgeassociates.comAnyone that has competed in any of the Nordic Sports has traveled the all too familiar I 89 from Concord NH to Burlington Vermont many times.  I actually remember when there was no I 89 and the last section to be completed was the Purmort to Grantham NH section, most likely in the late 1960’s or early 1970’s.My story has to do with the north-bound section around Royalton VT and the very large and high curve that is just south of town.  You can look over the edge and see the VT Law School several hundred feet below. The year was 1973 or 74.We had taken the afternoon trip to Hanover from Middlebury to compete in the Roger Burt night jump.  A good guess was Dave Lantz, Craig Ward, my brother Chase, possibly a couple of others, and myself made the trip with then coach John Bower.  It had been a warmish afternoon and we had our practice jumps before dark and then a quick bite to eat before the competition was to begin. Many of us climbed the Vale de Temp jump that evening and as the competition drew to a close it got cold fast.  John was in a hurry to get going so we piled in and started for home, up I 89.We got as far as exit 2, the Sharon exit, when it started to snow quite hard and then it quit just as fast as it started.  Piece of cake until we went sideways, right at the beginning of that big corner. Now many folks know about John’s skiing abilities but very few know of his driving abilities and we certainly saw them in action.  One side of the road to the other and then back again.  Finally coming to a stop with about 25 other cars, semi-trailers, and such all over the highway. The road had turned to black ice, so slippery that the cars could not stay on the road and were all slowly merging into the median as the road is quite banked on that section, thankfully.  Fortunately, it had been one of New England famous no snow winters and there was very little snow in the median and the cars were piling up thick. Now John was not one to sit around and discuss his options and he proceeded then to show us his Off Road driving skills as we wove our way down thru the rest of the melee in the median.  I seem to recall some drainage culverts that appeared to be possible show stoppers but they did not deter and we were soon back on the highway headed for the Bethel exit and home. I am not certain what was scarier, the initial foray on the curve or the off-roading but it kept our attention.  There was no conversation as we continued thru Bethel, Hancock, up over the Gap and down to Midd.I still travel that section of I 89 quite frequently for work, and to this day we have had many difficult trips on 89, but none so impressionable as that night.  I still refer to that curve as John Bower Corner when we pass, and I stick to the inside of that curve regardless of the weather.

Things you can find on the web (when photos are hard to come by)- Kurt Kling with his crew Senya and Peter Kling. It appears Kurt and his family won the the Fleet 301 fleet trophy (Bob Sidle Trophy) in 1998. 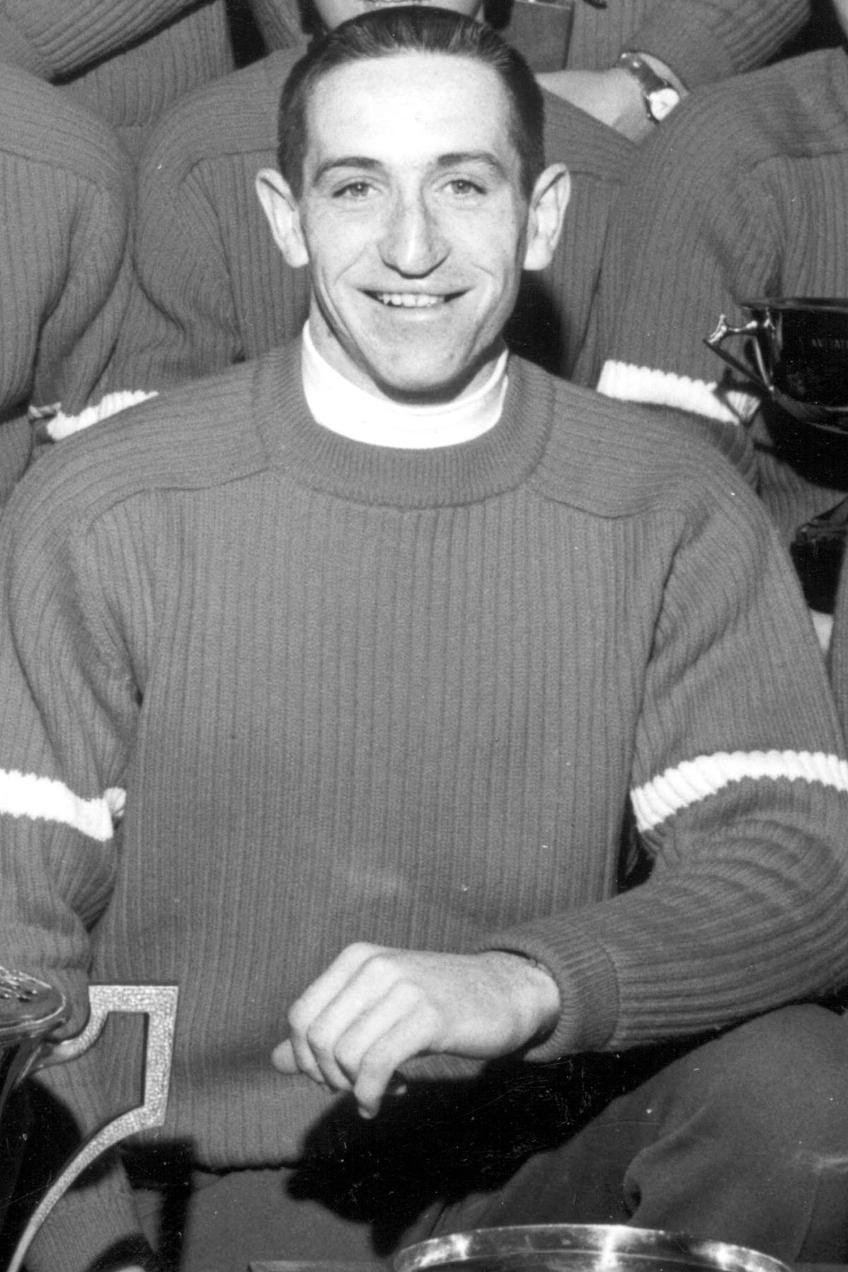 In addition to being an excellent driver, John Bower, shown above, was also the first American to win the King’s Cup (Nordic combined)  at Holmenkollen in 1968.  He is also in the Middlebury, Maine, and National Ski halls of fame (at least).