Curators Note: There is nothing better than hearing from a family new to the sport of Ski Jumping and Nordic Combined.  From the first time Tricia, Steve and Jack came to Lake Placid it was obvious that this was a different opportunity than most have and they were poised to take advantage of the unique opportunity NYSEF presented. We wish them the best! 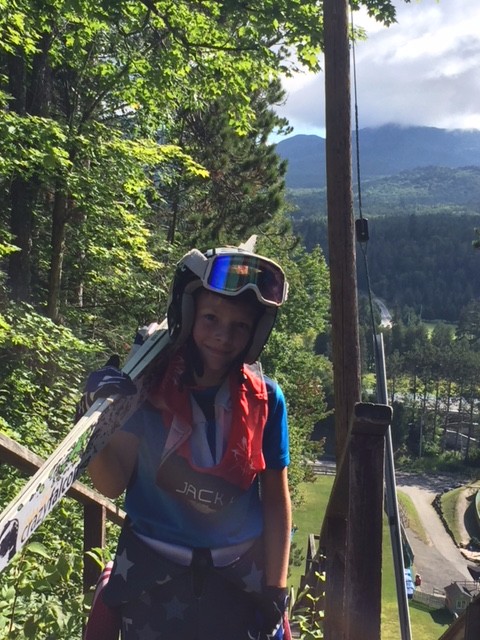 My son, Jack Kroll, is an energetic force of nature. I know what you’re thinking – all parents say that about their children. But when the kindergarten teacher with 40 years teaching experience tells you that she’s never had a child with that much energy, you know you have an outlier.

It was that energy that led us to ski jumping. It was summer 2015. After a full day of hiking, kayaking, swimming and fishing, we headed to downtown Lake Placid for the evening. As Jack bounced down Main Street, I spied a poster for the NYSEF Grasshopper Camp, and joked that we should sign Jack up for that next summer – maybe that would tire him out.  Jack didn’t let me forget that remark and pleaded for the next twelve months to do Grasshopper Camp. We relented and on a steamy August day in 2016, Jack donned his first pair of jumping skis.

And who was his coach that steamy August day?  None other than Larry Stone, former coach to the U.S Women’s Team.  In a matter of hours, Larry fitted Jack with skis and boots, taught him the basics and, after a few times down the landing hill, Jack found himself sitting on the bar of the K20.  He successfully navigated his first jump, and I am sure that is due to the phenomenal instruction of Larry.

Six weeks later Jack participated in the Flaming Leaves Festival, where he met Billy Demong, five-time Olympian, Olympic Champion, and World Champion.  Billy shared his passion for the sport, encouraged Jack, and was kind enough to take some photos.

As the winter jumping season commenced, Jack began working with Jay Rand.  Jay is able to harness Jack’s energy and get him to focus.  He is kind but firm, insistent on technique while encouraging Jack to jump big.

Now Jack is all in.  The two and a half hour drive to Lake Placid became our regular commute during the summer of 2017.  Jay encouraged Jack to attend the Springer Tournee in Park City where Jack got to meet jumpers from all over and spent a day being coached by the Fletcher brothers.

The culmination of his summer season was having the Silver Medal on the K20 presented to him by US Olympian Nick Fairall on the weekend of the summer nationals in Lake Placid.

Now Jack is jumping the K48 and he has his eye on the 65 and 90.  He wants to be just like the giants in the sport (Larry, Billy, Jay, Bryan, Taylor and Nick), who lend their time, talent and passion to our youngest competitors. We are blessed to be part of this community. 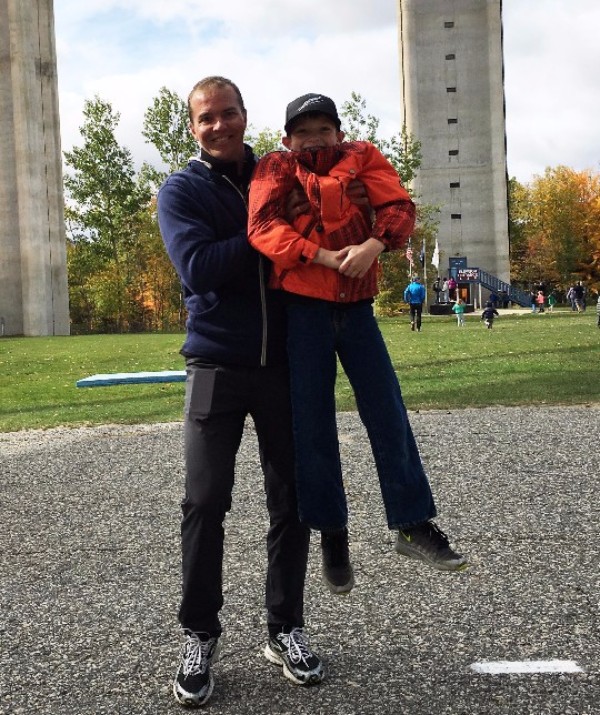