CURATOR’S NOTE-  Great message here- it ain’t over until YOU say it’s over.  Thanks for the inspiration, Matt. 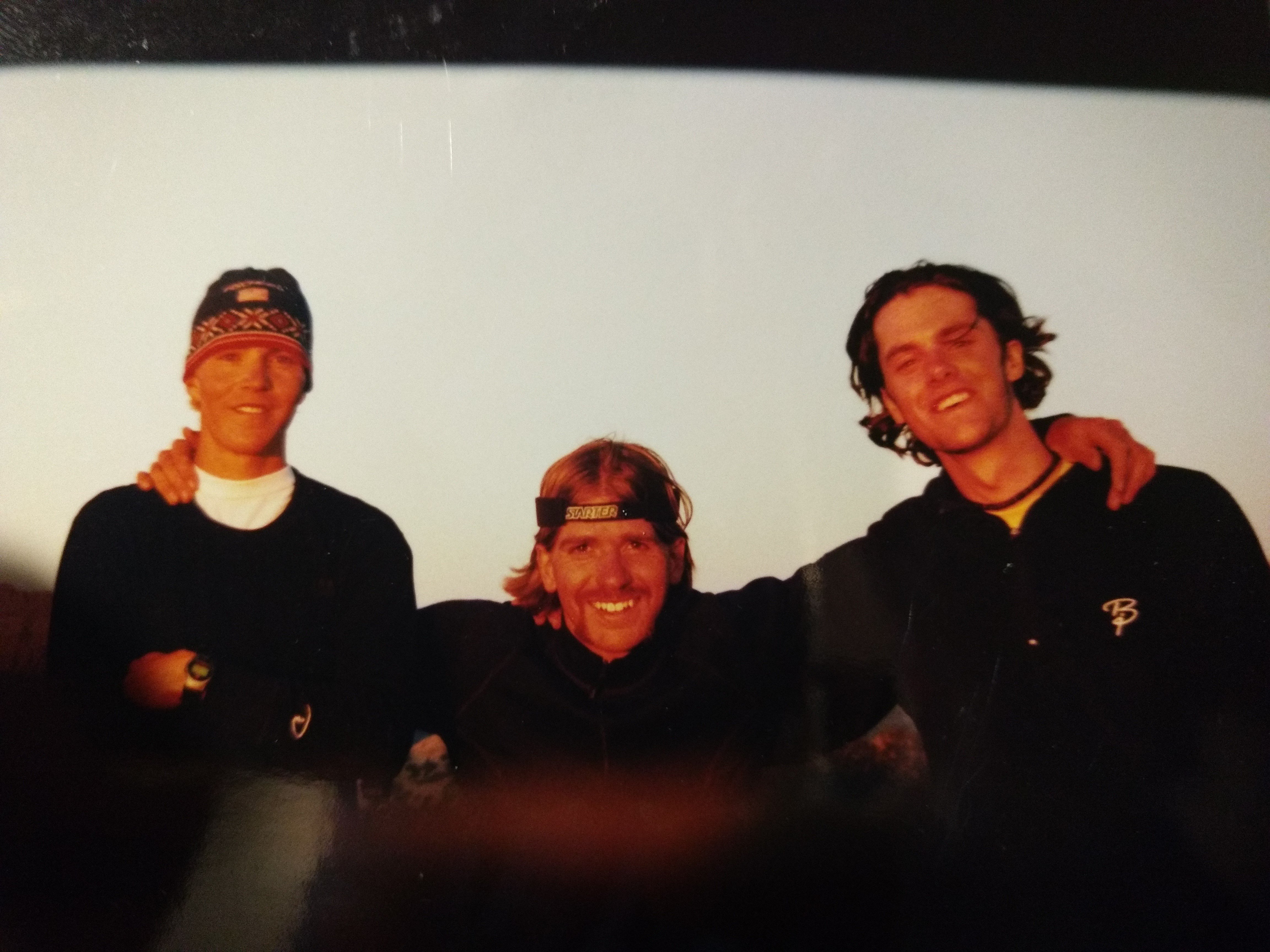 I feel like this story just happened yesterday. It was May of the year 2000, and I was 23 years old. I had just graduated with a degree in biology, and I wanted one thing…. to start ski jumping competitively again. I didn’t want a job, I didn’t mind being single, and I had no interest in listening to friends and family who told me my plan wasn’t going to come true. It had been over six years since I had taken any jumps. I quit ski jumping my sophomore year of high school because, to be frank, I wasn’t very good. I will never forget calling Larry Stone that spring of 2000 and timidly asking him if I could join his Lake Placid program. He said yes. I remember meeting him and his full-time athletes at the massive OTC gym for the first time. I was so much older than all those spry young athletes, and I didn’t even own any gear. I think I just walked into that concrete locker room at the jumps and pulled some dusty boards off the rack and left an IOU.

Larry suggested we start on the K48… I was so nervous we started on the K18. Now that I think about this story for the first time in almost 20 years, I remember wanting to take a landing hill ride down that 18 meter jump just to be safe. I crashed. My very first landing hill ride my skis got tangled in some chicken wire on the knoll, and I fell forward, sprawled out on the verge of sliding into the pit of harsh reality. I could feel the EMT Debbie and all tourists in the old base lodge staring at me. I brushed myself off and did my landing hill rides.

After a few mildly embarrassing sessions down there we made our way up to the K48. I survived. By mid-summer I found myself on top of the K90, nervous as hell but not willing to back down. That very first jump I’ll never forget seeing Billy Demong and Casey Colby down on the coach’s stand cheering me on, and I survived. Throughout the year, I lost some weight and got thru all those plyometric and weight lifting workouts. In November of 2000 I packed up my rusty red Nissan pick-up truck and moved to Steamboat because that was the place to be I guess. Todd Wilson and the gang accepted me with open arms. I think I was the only ski jumper in the US who didn’t have a V. I was old school.  I remember Bob Averill on top of the ski jump whispering under his breath at me during a competition, “Cook where the hell is your V…?!” That was a long winter of endless training sessions, but I loved it, and I soaked it up. In February, coach Chris Gilbertson told me it was time to ski the big hill. I was attempting the first big hill of my life at the age of 24, and yet again, somehow I survived, loved it, went back up.

After competing in regional competitions all winter, I had a strong result in National Championships in March finishing 7th or 8th  despite having the slowest skis in the competition by far (which Jed Hinkley can confirm because we skied the whole race together. I would pass him on the up-hills, gap him, and then he would zoom by me on the downhills!). That May, Billy Demong called me to say that the US coaches wanted to talk… they told me I had made the US Nordic Combined Ski Team. That phone call was awesome! That very month I packed up what belongings I had in Colorado and made the next move to Park City. I skied for the US for two years on the World Cup B Circuit. Somehow I learned the V in Europe days before an event, and translated that into multiple top 10 finishes that year on the B Cup.

There is a strong place for ski jumping/ Nordic combined in my heart and a long and rich history of the sport in the US. Despite a busy work schedule and a family at home these days, I continue to follow the sport and think back with excitement to the dreams it fostered for me. Somehow, I was able to start from scratch at the age of 23 and work my way up to finishing in the top ten on what is now the Continental Cup Circuit. I say this to make the point that your career is not over if you don’t make the National Team as a teenager, and there are multiple paths within the sport.  A positive attitude and good work ethic will go a long way. I survived, preserved, and even coached for a few years, and now I cherish those memories. 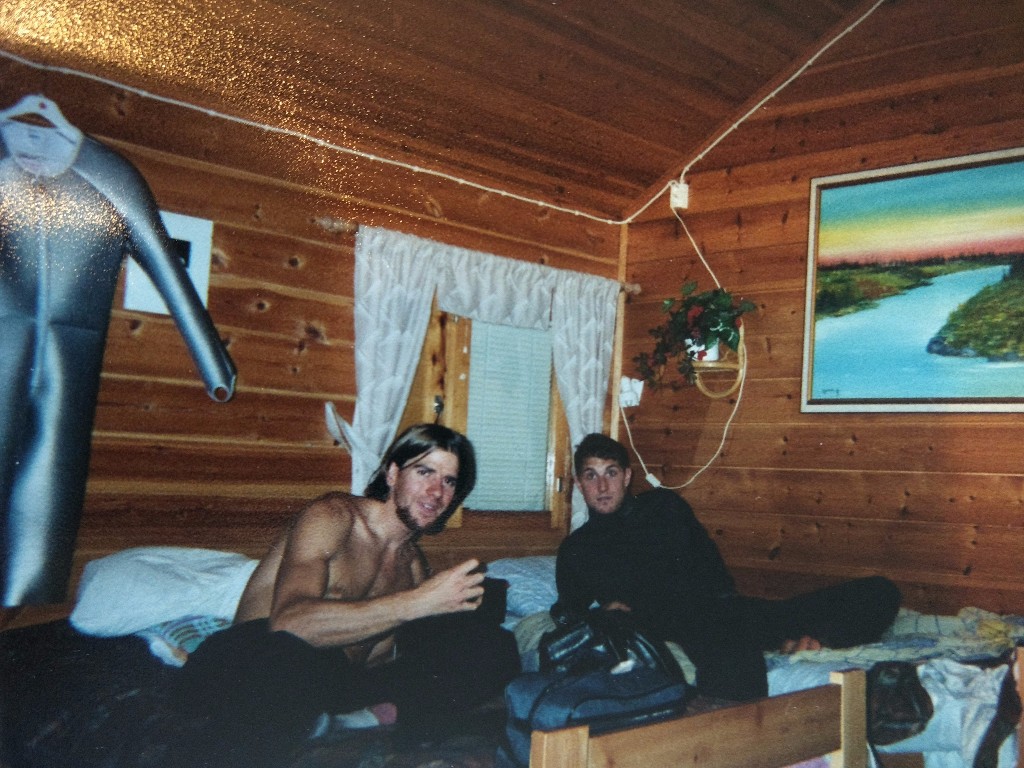 Matt Cook with Carl Van Loan on the World Cup B tour in Taivalkoski, FIN. 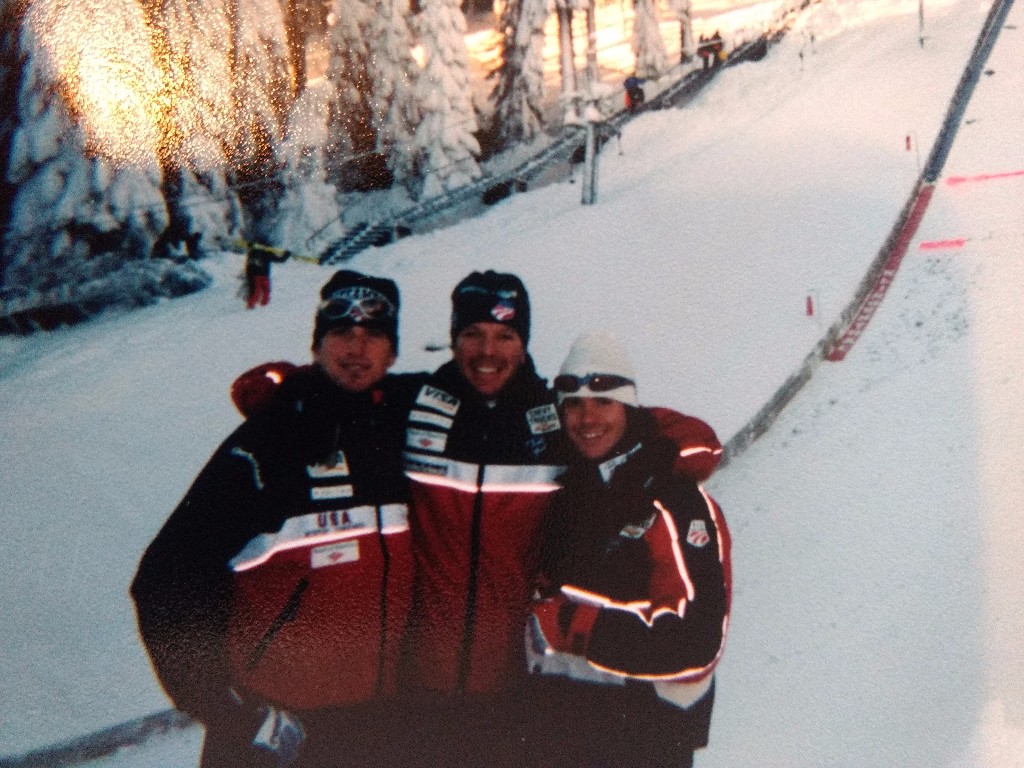 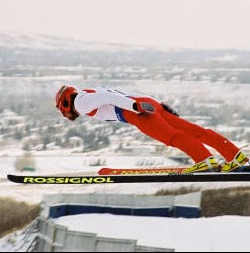 Matt Cook in action back in the day.

Join over 130 others and help USA Nordic Soar into 2018! Join the journey…