CURATOR’S NOTE-  Today’s post is one of those unexpected gifts.  It’s not a story, per se, but an email sent to Justin Koski, Executive Director of the US Ski and Snowboard Hall of Fame, that he in turn forwarded to me.  The photos alone are spectacular… and the message that Jim Kirkwood shares about his grandfather, Rolf, adds wonderful texture.  To see Rolf Monsen’s Hall of Fame page, click here.  Be sure to scroll through the many photos that follow this post. 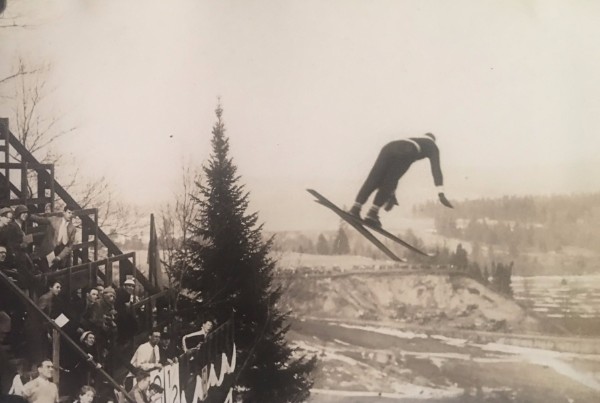 ROLF MONSEN IN FLIGHT in 1923 in Lake Placid, NY., two years after arriving from Norway.  Because of citizenship issues he would not ski in the 1924 Olympics but would go on to represent the USA in 1928, 1932, and 1936.  Though injured for the 1936 Games he was elected to carry the flag in the opening ceremonies.

Rolf migrated to Lake Placid from Oslo, Norway in 1921 taking the ski jumping world by storm. He won numerous competitions in Canada, Vermont and New York from 1921 – 1925.

Rolf was a proud member of the U.S. Olympic Ski Team in 1928, 32, 36. Had his citizenship papers been completed in time for the first Winter Olympics in 1924, he would of gold medaled as he was winning everything up and down the east coast. In 1940, Rolf was enlisted by the DOD to train U.S. 10th and 26th Mountain Divisions to fight in the snow on skis. I’m sure those Midwestern farm boys loved that assignment!

I grew up in awe of my grandfather and his many accomplishments. Although he was a quiet man, he was an extremely proud man. He never boasted of his jumping successes. I remember having to prod him just to talk about his career, a common trait among high-achievers isn’t it?

Fortunately for us, and the skiing industry, from 1921 through 1942 someone was always near with a camera documenting every step of the way. I have hundreds of historic photos and press clippings all carefully placed into five scrap books, one of which is just for his many press clippings.

These scrap books are extremely fragile and must be converted to digital as soon as possible. Many of the identifier tags have faded away. The mounting pages are crumbling and many of the photos are becoming hard to see.

My grandfather entrusted me as the custodian his life’s storied career. He passed away in 1987 in Palos Verdes, California. I was contacted by his wills administrator in 1988. It’s now time to give Rolf Monsen his rightful place among the greats of U.S. Ski Jumping.

I would love to work closely with your team to document Rolf’s storied career, and Hall of Fame presentation, as well as help research his involvement with the first ski jumps constructed in Oslo, Norway pre 1921. I’m thinking he surely must have helped design and build the very first ski jump in Oslo while we was a teenager. 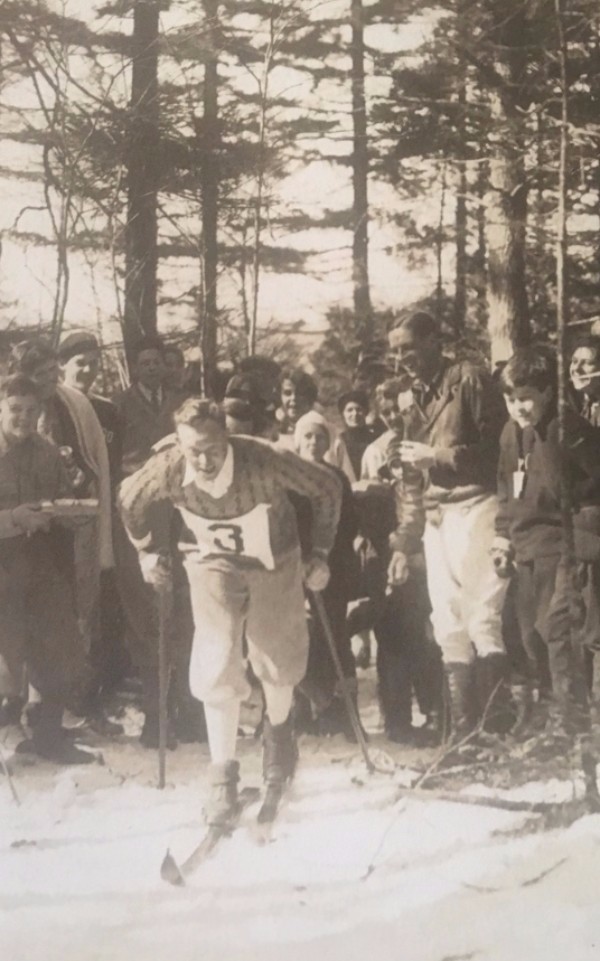 Skiing a Nordic combined event in 1923 in Quebec. 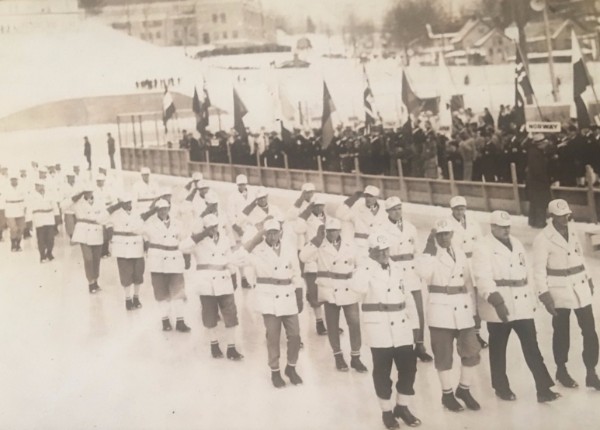 1932 Opening Ceremonies in Lake Placid, NY.  Rolf is first person left in the 6th row. He was 33 years old. 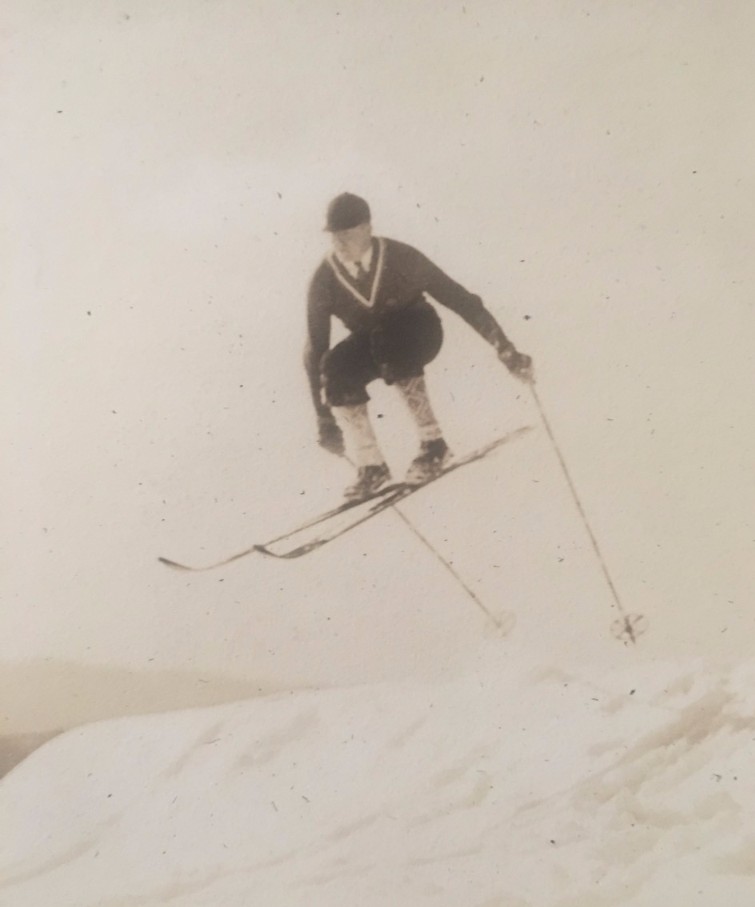 For the love of it! 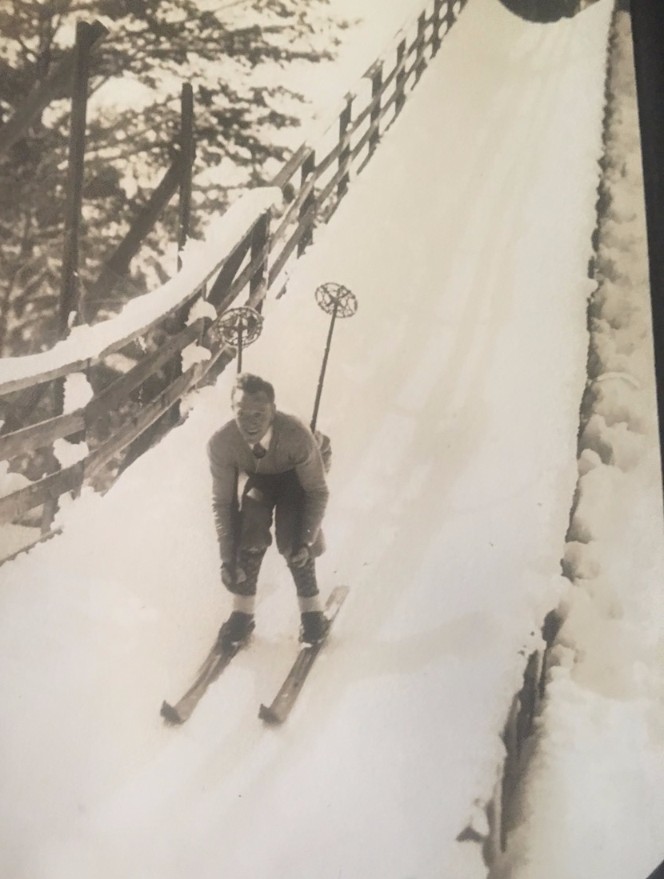 For the joy in it!  Playing on the Lake Placid Olympic jump in 1932. 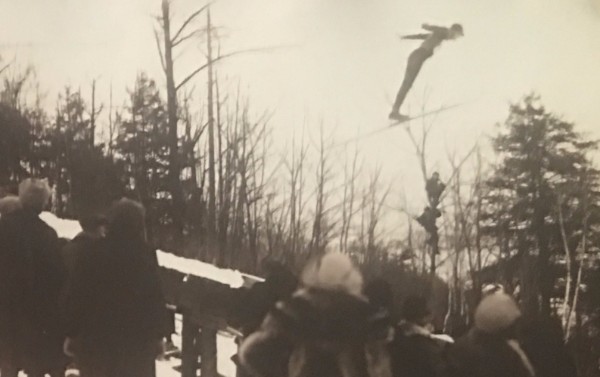 Location unknown in an undated photograph of Rolf Monsen.  Gotta love the spectators watching from the trees. 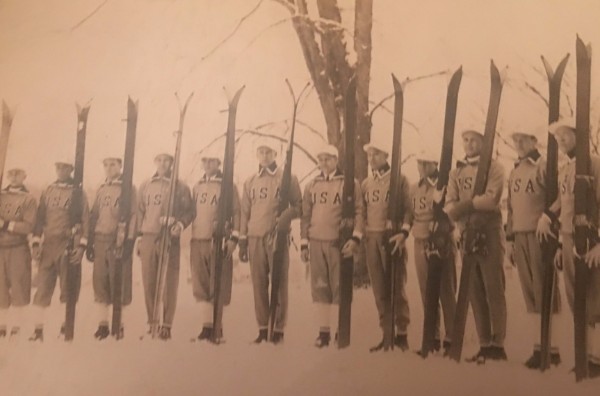 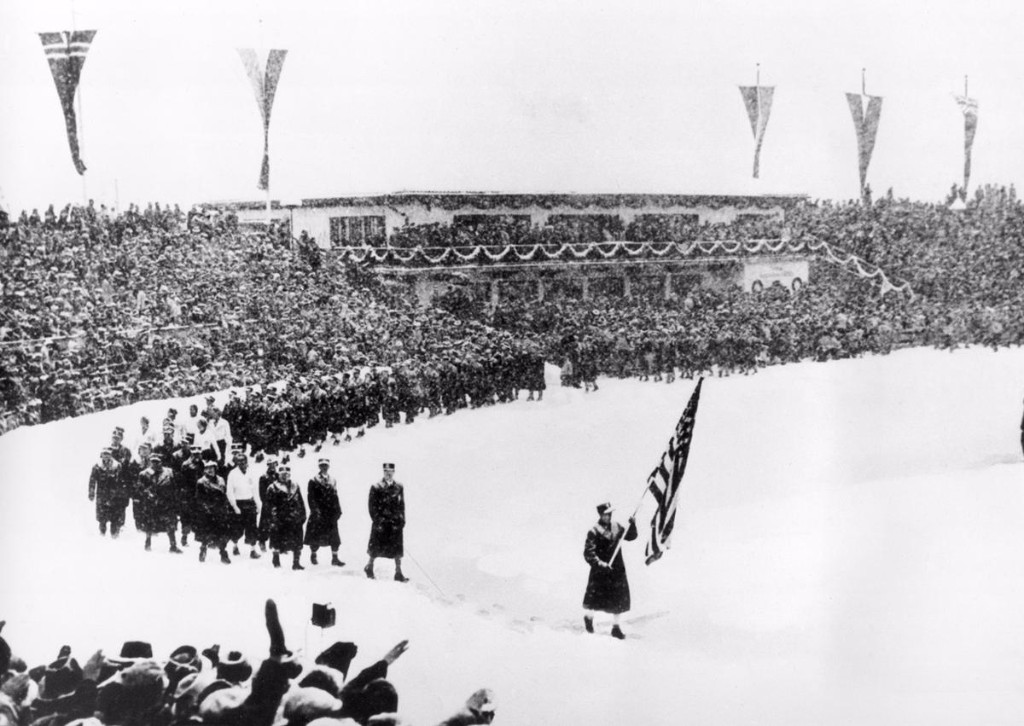 Rolf as flag bearer in Opening Ceremonies of 1936 Olympic Winter Games in Garmisch.  Notice the Hitler salutes in the crowd. 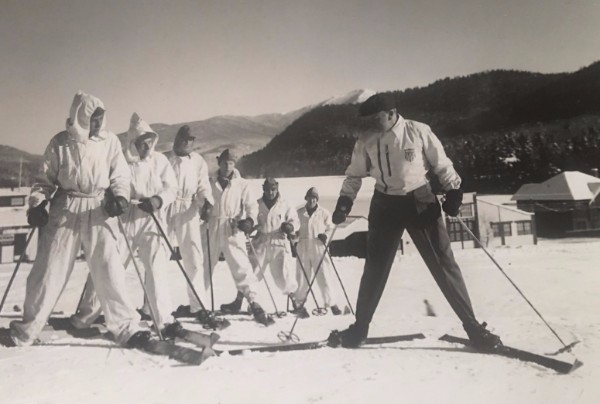 Training US soldiers in Lake Placid NY, circa 1941.