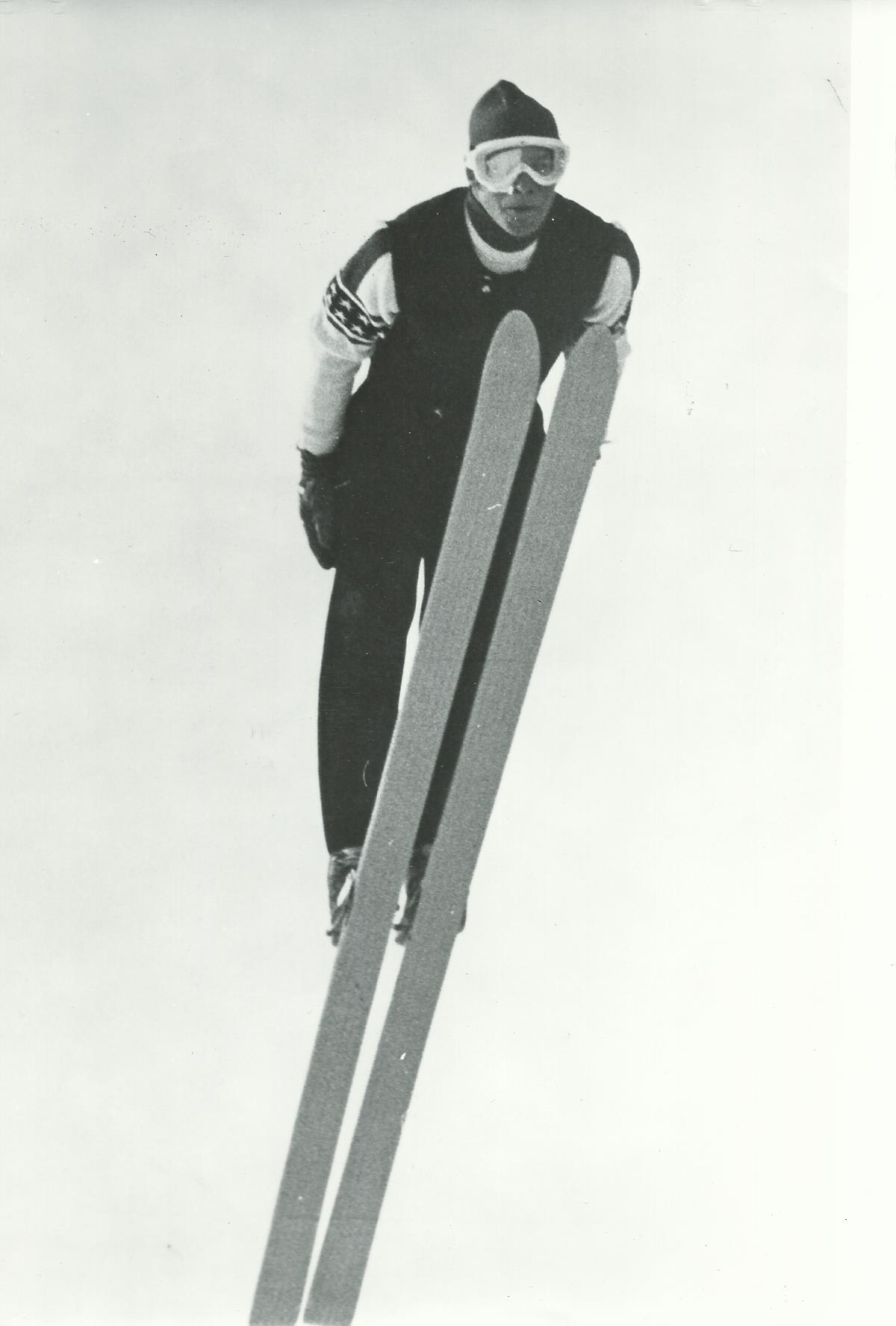 There is something to say about the integrity and courage of the men and women that participate in the sport of ski jumping.   One example comes from one of my best friends, Jerry Martin.  In the summer of 1971 Jerry and I worked for a stucco and plastering contractor called Brisson Stucco.  Yes, we worked as tenders for Ed Brisson, our beloved coach.  Tenders were the laborers for the experienced plasterers.  We would have many responsibilities that ranged from mixing the ‘mud’ (cement), carrying it to the plasterers, or setting up scaffolding.  (It is important to note that Ed Brisson employed many ski jumpers through the years such as Jerry, Jim Grahek, Tom Dargay, Jeff Wright, Ron Hanson, the entire Ellefson family, myself and many others. It was kind of a “rite of passage” to become a good ski jumper.)

Well one day, Jerry was working hard and tying in some scaffolding to a brick wall, when a nail broke off and flew into his eye.  It was a terrible accident and he lost the complete sight in his right eye.  Jerry, the reigning National Champion at the time, was devastated and it put some worry into all of us that our number one U.S. Team member would not be able to compete at Sapporo, or maybe not even ski jump ever again.  But Jerry kept training hard for the remainder of the summer and fall with the rest of us in the Minneapolis Ski Club as if it did not bother him at all.

We went to our first National Team Training camp in late November of 1971 in Banff, Canada for our first jumps of the year.  I will never forget after working on the hill for a couple of days, in high anticipation of our first jumps, we all were silently concerned that Jerry was going to have some sort of trouble with depth perception, jumping late, maybe jumping early  . . . . and we all were worried for his safety.

On our third day in Banff, it was time to take our first jumps.  For some reason, it seemed like it was myself that set tracks (as you know they could afford to lose me to an injury, it would not be a big loss) so I was the first down.  All went well and a few others jumped after me, and then  . . . . it was time for Jerry’s first jump . . . .As tough as Jerry was mentally he seemed so calm getting ready for his first jump at the top.   In order so his right eye would not water under his goggles, he put some athletic tape over his eye, (with no padding under the tape) and was ready to go.  We all just held our breath and he kicked around and headed down the track . . . holy shit . . . I was so nervous for the well-being of my friend. . . . .

Well as you all know the end of the story, Jerry went off the jump, with one eye, absolutely nailed the jump, flew in his perfect form, landed way down on the hill with a perfect landing and rode out the outrun to stop.   He got back on the Poma lift and came up to the top for another jump.  Oh my  . . . .it didn’t even bother him a bit.   It was so incredible to me that he did not lose anything  . . . he was as good as ever.   An incredible feat that most of us still marvel about today.

Jerry went on to win two more National Championships, Ski Flying in Ironwood, competed in the Olympics in 1972 and 1976, skied in the 1974 World Championships in Sweden and ski flying in Kulm, Austria.  He is truly an incredible athlete that overcame adversity.   I have been proud to be Jerry’s friend all these years and we still see each other often and compete together… but in the game golf.

If there is something to take from this story it is the fact that all of us men and women who have participated in the sport of ski jumping seem to have a strong inner drive to succeed by working hard, living with integrity, determination, and courage.  We love to have fun and we rely on each other for the fellowship and friendship that last a lifetime.  That is a good feeling.  Merry Christmas and Happy New Year to all of you.