OVER 119 DONORS!  THE AMOUNT IS NOT IMPORTANT, PLEASE SHOW YOUR SUPPORT AND JOIN THIS FAMILY! 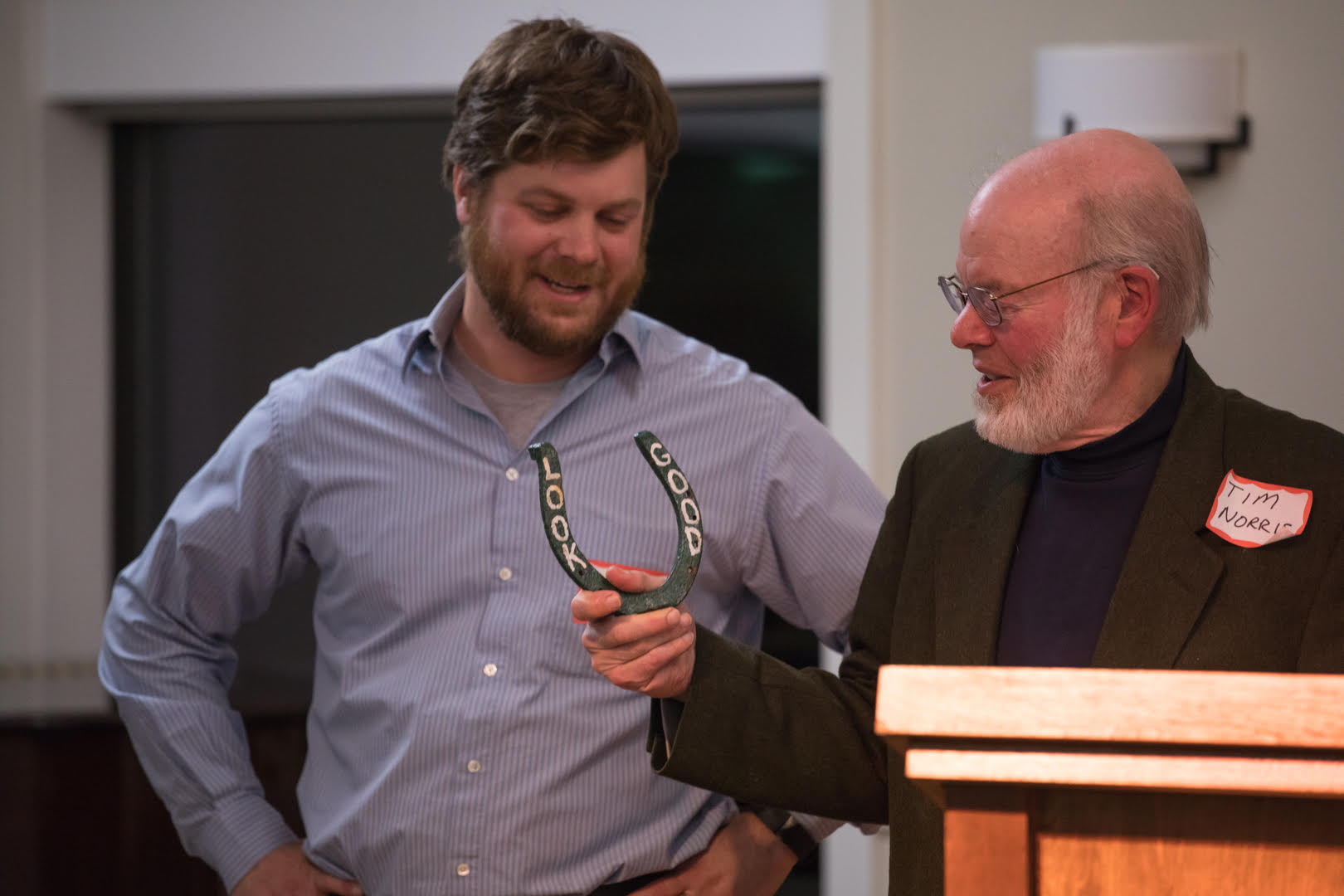 Ski jumping is a vacuum.  It has a way of sucking you in.  Let me explain.  I grew up in a ski family.  My mother swears I was born with ski boots on my feet.  I had those boots in skis at age 2.  By age 5 or 6 I was terrorizing local skiers on nearby Mt. Sunapee by going fast in a straight line and with heat-seeking accuracy, finding every side trail jump on the mountain.  By age 7, my father wisely decided to enroll me in a program where I could learn to hone these daredevil traits.  This program was the Andover Outing Club with coach Tim Norris.  The vacuum was turned on.

Over the years with Tim, I grew bigger and stronger, earning me the club title “King of the Small Hills” as I was unable to figure out how to fly on anything larger than a K50.  I qualified for Junior Nationals but never attended.  I just enjoyed jumping.  I graduated from Proctor Academy where I jumped for all 4 years.  I moved to Coleraine, Minnesota where I jumped for now-US NC Coach Martin Bayer and with SSWSC Coach Karl Denny, along with others.  In time, the real world called and I attended college and started to work, but I always found time to jump.  Thus far I’ve managed to jump every year since I started in 1993 and had an active competitive streak from ’94-’16 (streak ended with ACL injury; not jumping related).

In 2016 (after surgery) I found myself in Burlington, VT looking to stay involved in the sport.  I had just joined the newly formed New England Ski Jumping & Nordic Combined and was helping them hunt for a coach.  In the back of my mind, I knew I wanted the job, but didn’t think I could swing the time commitment.  We couldn’t find a coach.  It was now December and we had kids in need of training.  I bit the bullet and committed.  Next thing I know, my wife is moving us back to NH for work.  Proctor Academy needs a ski jumping coach.  So does Andover Outing Club.  I’m a glutton for punishment, so I take those teams too.  Two years later, I’m living at Proctor, coaching three ski jumping teams and working as an Athletic Trainer during the fall and spring.

You can try to leave, but somehow the ski jumping vacuum always sucks you back in.  Thank God it continues to be a highlight in my life. 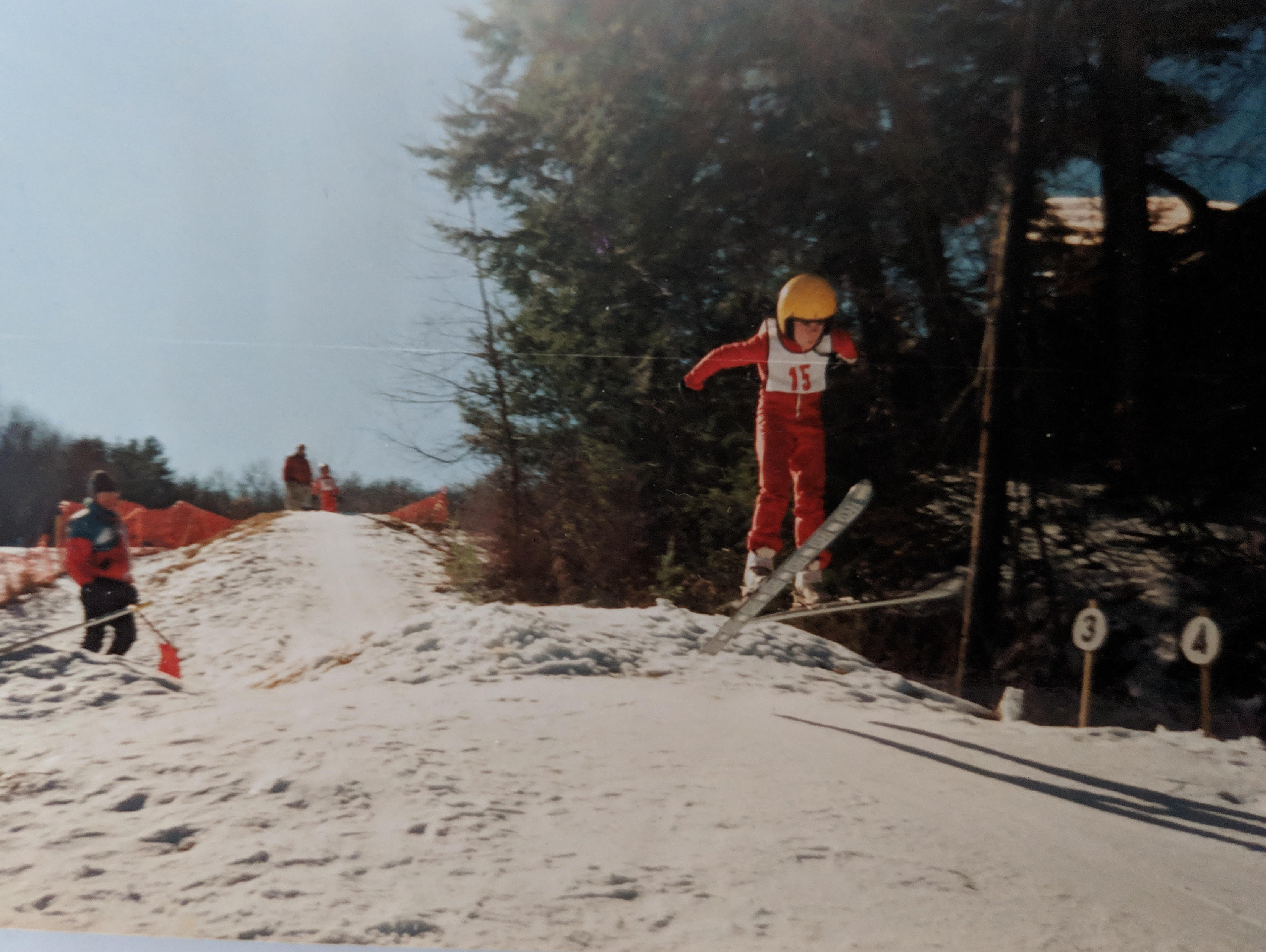 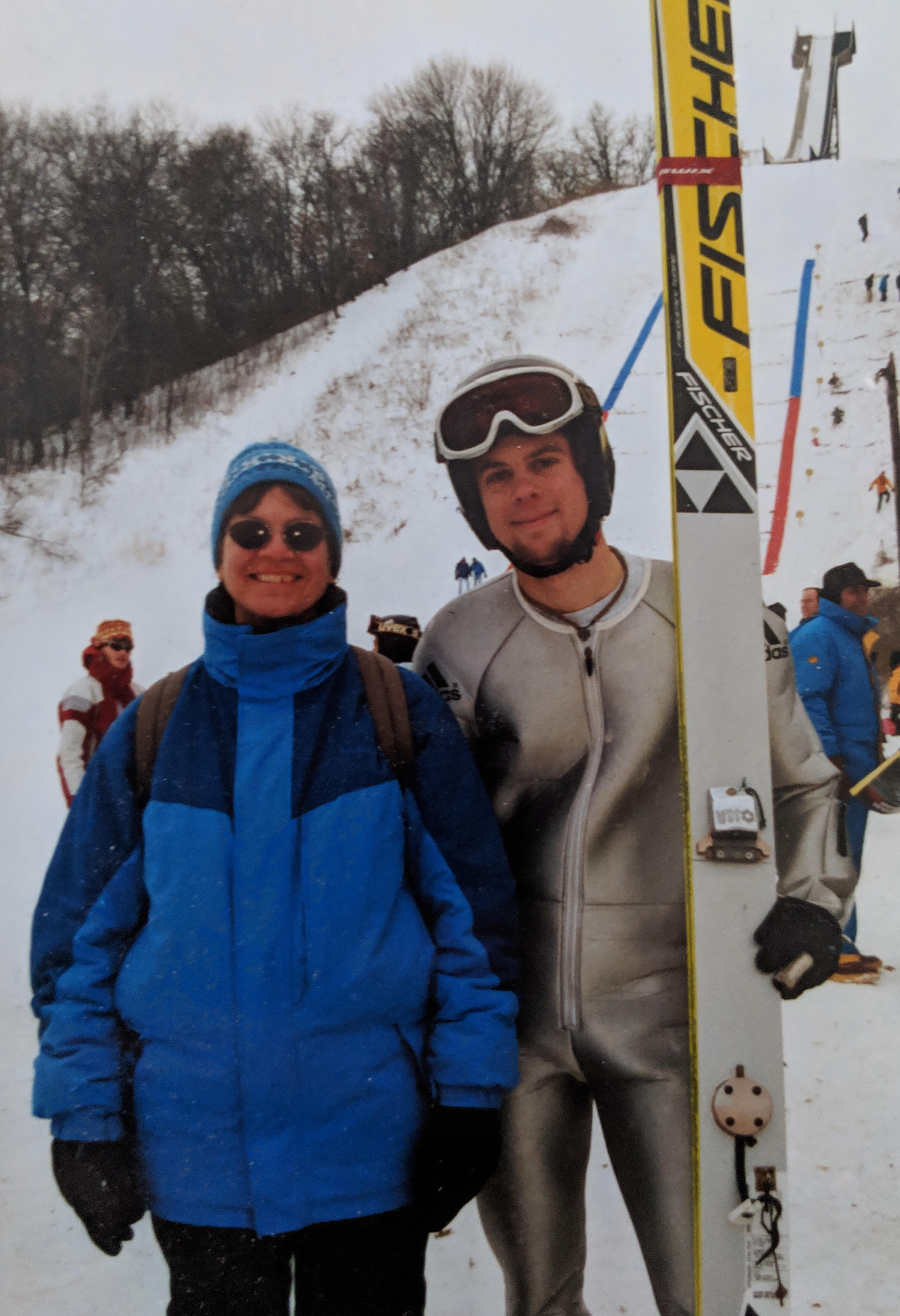 Chris posing with his biggest fan- his mother- in Minneapolis back in his athlete days. 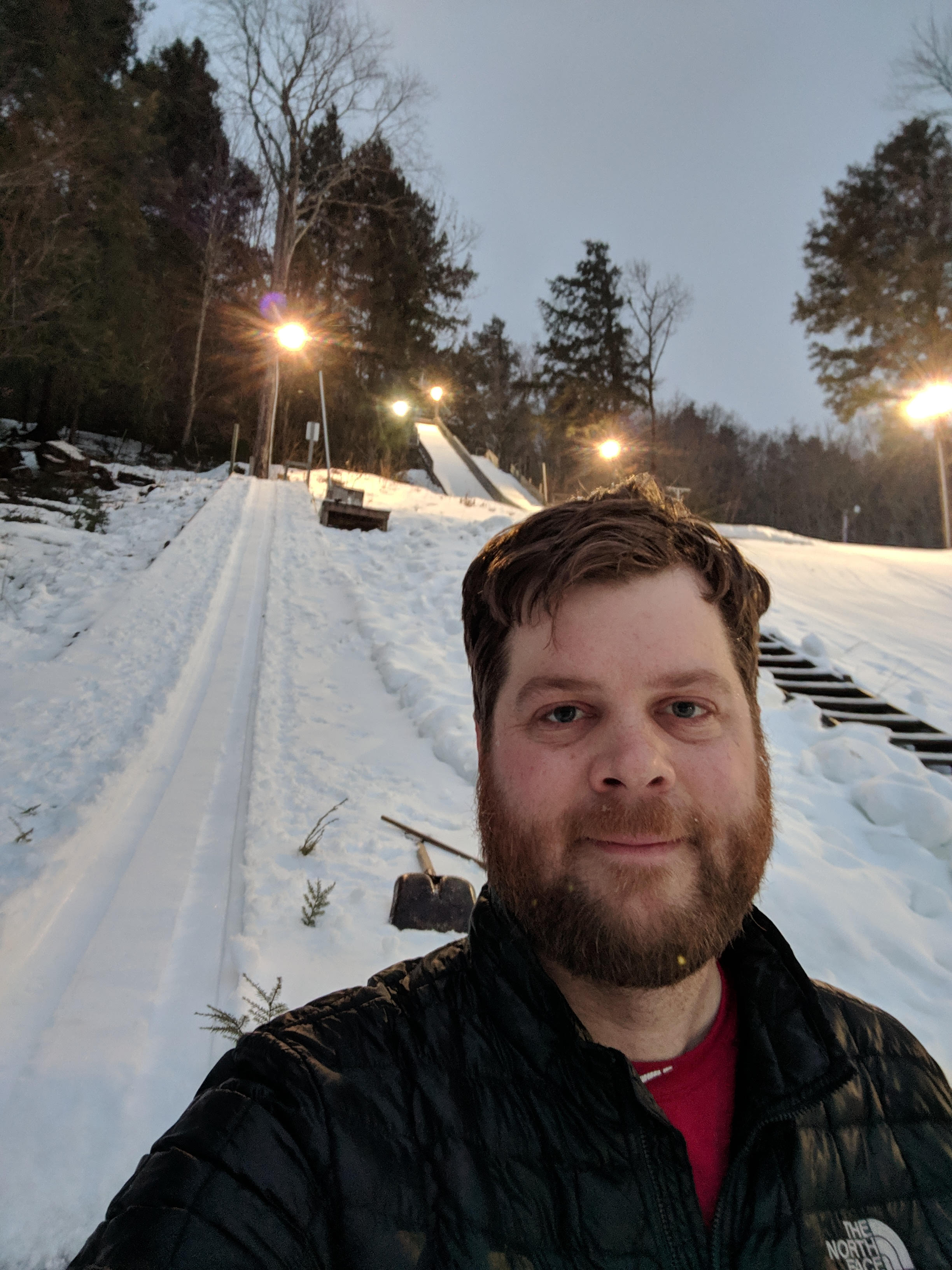 Carrying the torch at AOC this winter… after a track cutting session.