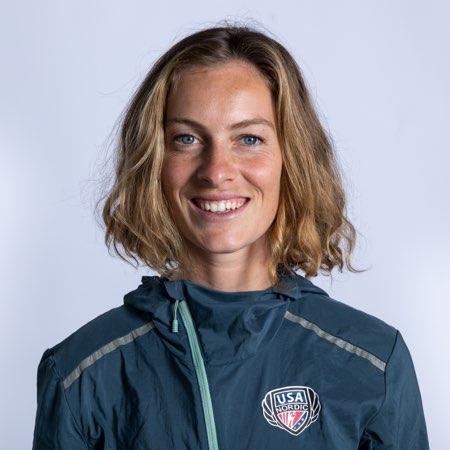 As the middle sibling, Nina Lussi always wanted to keep up with her older sister on skis at an early age. She ski raced in her local NYSEF program in Lake Placid, New York before she tried jumping and cross country skiing. In the end, she loved the feeling of flying and ski jumping culture more than anything else. She looked up to Lindsey Van and Annette Sagen as a child and could not wait to compete internationally just like her idols. Being in a tough, competitive club growing up helped push her to the next level.

Her dream as an athlete is to represent the United States at the Olympic Games and seek redemption at the Olympic Trials, where the last time she competed, she tore her ACL. During the off-season, Lussi focused on tumbling and acrobatic work to increase her body awareness in the air.

Lussi has lived all over the world, in Lake Placid, Stams Austria, Park City, Kranjska Gora, Ljubljana, and now Courchevel. She speaks German and is learning French. Lussi is currently enrolled at the University of Utah.