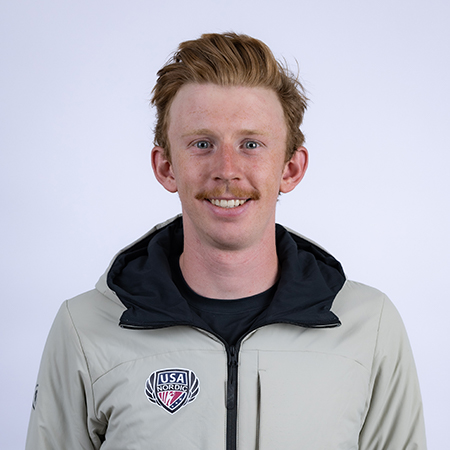 Jared “Jerry” Shumate started skiing at the age of 2 at his local mountain, Deer Valley in Park City, Utah. Ever since he can’t remember a time that he hasn’t loved skiing fast and catching air. Growing up in Park City, he had a myriad of Nordic Combined athletes that he looked up to, including Bill Demong, and coaches Blake Hughes, Logan Oxford, and Chris Francis. Shumate’s personal sports philosophy is it is better to focus on the process of reaching results-based goals rather than focusing on results-based goals themselves. Using this mentality, Shumate scored World Cup points during the 21/22 season and represented the United States at the 2022 Olympic Games in Beijing.

In 2015, he graduated from the Park City Winter Sports School and went on to study Geography, Environmental Science, and Sociology at the University of Utah. In his free time, Shumate enjoys spending time in the mountains mountain biking, running, rock climbing, and backcountry skiing. He also considers himself a coffee connoisseur and is attempting to learn German.